‘Conor McGregor: Notorious’ is the highest grossing Irish documentary of all time
Press enter to begin your search
EntertainmentMcGregorMMA

‘Conor McGregor: Notorious’ is the highest grossing Irish documentary of all time

The recently released Conor McGregor film is now the most successful Irish documentary ever made. 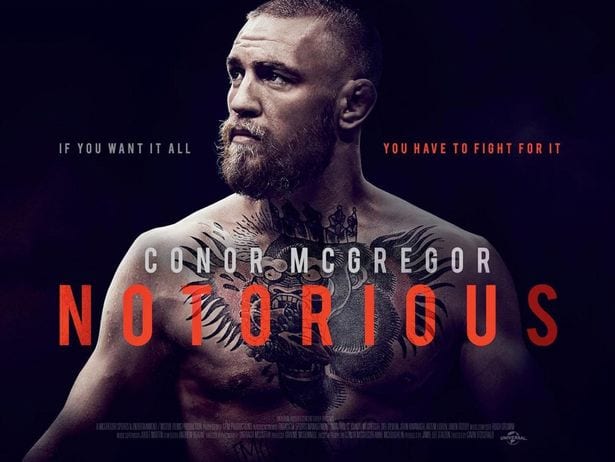 The recently released Conor McGregor: Notorious documentary has broken records at the Irish box office. The documentary, released earlier this month by Universal, has become the highest grossing Irish-made documentary ever.

In its brief release thus far, the documentary has taken in in excess of €330,000 at the Irish box office, eclipsing the record previously set by Ken Wardrop’s His & Hers, which now moves into second place. The critically acclaimed trio of Bobby Sands, Older Than Ireland and The Queen of Ireland make up the rest of the all-time top 5.

This week Notorious slots in at fifth place in the larger box office figures in Ireland, behind the likes of Thor: Ragnarok, Paddington 2 and Murder on the Orient Express.

The documentary, which was directed by Gavin Fitzgerald, followed McGregor throughout a four-year period of his career, taking in his pre-UFC career, his UFC debut and all the way through his historic bouts with José Aldo, Nate Diaz, Eddie Alvarez and Floyd Mayweather.