Conor McGregor: Dustin Poirier’s been talking “some amount lately. He’s going to pay for that.”

Conor McGregor appears to have taken umbrage with some of Dustin Poirier’s recent remarks, and plans to make him pay. 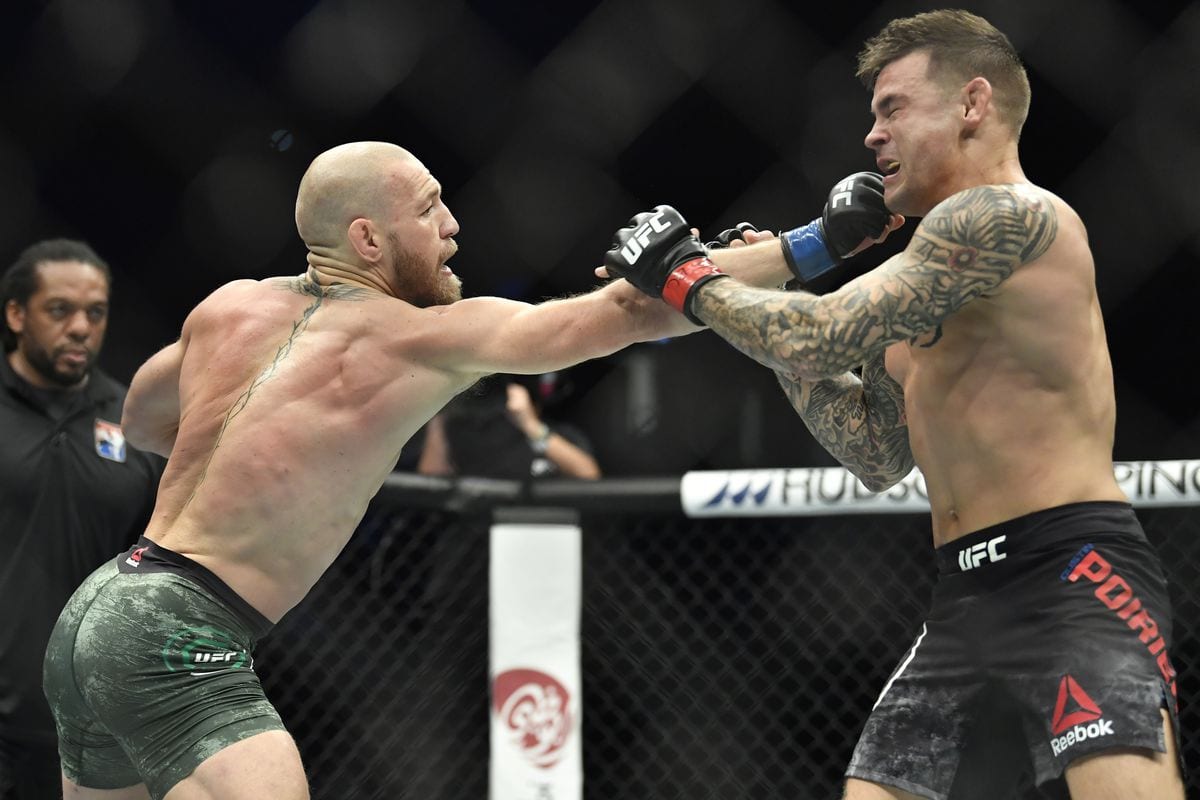 McGregor and Poirier were cordial in the lead up to their second fight back in January, but it seems that has faded as the competitive rivalry has come to the forefront, with contest number three having the highest stakes possible.

“(I’m going to) give him a proper head kick,” McGregor said, speaking during an Instagram Live Q&A on Saturday. “There will be a lot of weapons produced on the night, that’s for sure. He wants mixed martial arts? He’s going to get it.

Indeed, McGregor appears to have taken umbrage with some of Poirier’s comments.

“He talks some amount lately,” McGregor said. “He’s going to pay for that, that’s for sure. That’s not going to be nice.”