Colby Covington and Robbie Lawler make weight in Newark, but two others miss the mark
Press enter to begin your search
MMA

Colby Covington and Robbie Lawler make weight in Newark, but two others miss the mark

No dramas in the main event for today at least. 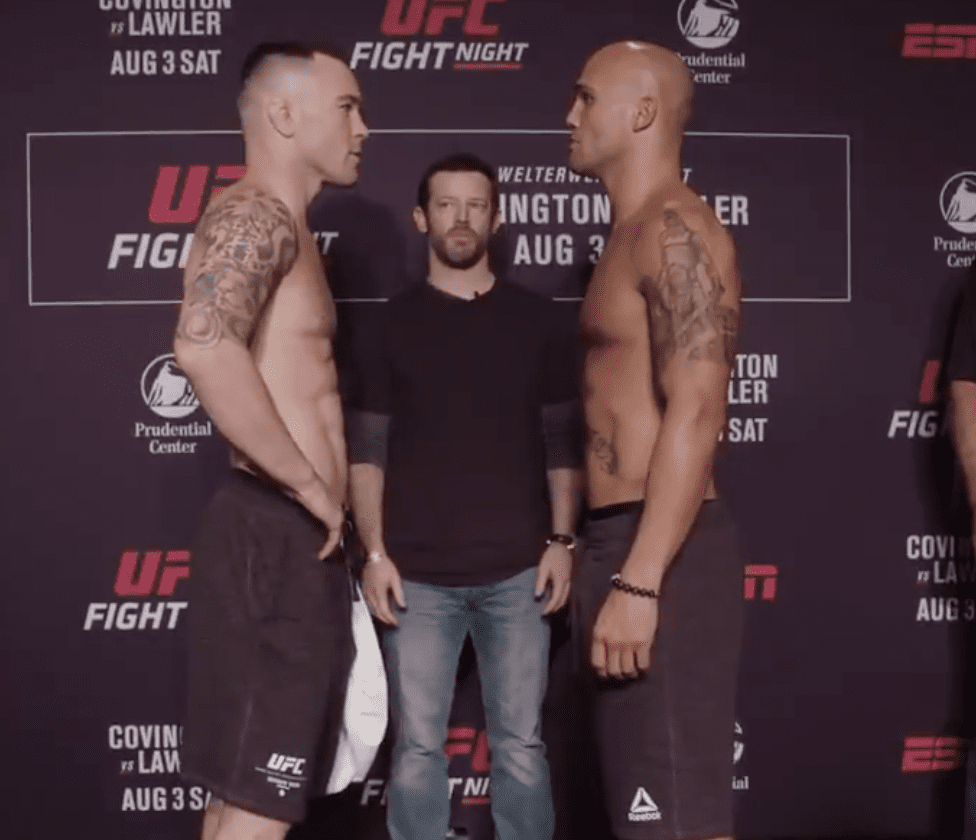 Colby Covington and Robbie Lawler have both successfully made weight ahead of their UFC Newark main event tomorrow.

Covington hit the scales at 171-pounds, while Lawler followed up on the money at 170. Their face off occurred without incident, although Covington did talk to Lawler throughout.

But while all was well at the top of the card, Dong Hyun Ma came in two pounds over the lightweight limit of 156, and was fined 20% of his purse. Opponent Scott Holtzman received the fine. Even more unfortunate was UFC debutant Cole Williams, who missed the welterweight mark by 6 pounds, hitting the scales at 176. Williams was fined 30% of his fight purse, which as in the Hyun Ma incident, went to his own opponent Claudio Silva.

UFC Newark’s main card kicks off tomorrow at 3pm ET. The preliminary card, which is headlined by the returning Mickey Gall versus Salim Touahri, begins at 12pm ET.

The full weigh in results can be found below: