Cain Velasquez is back. 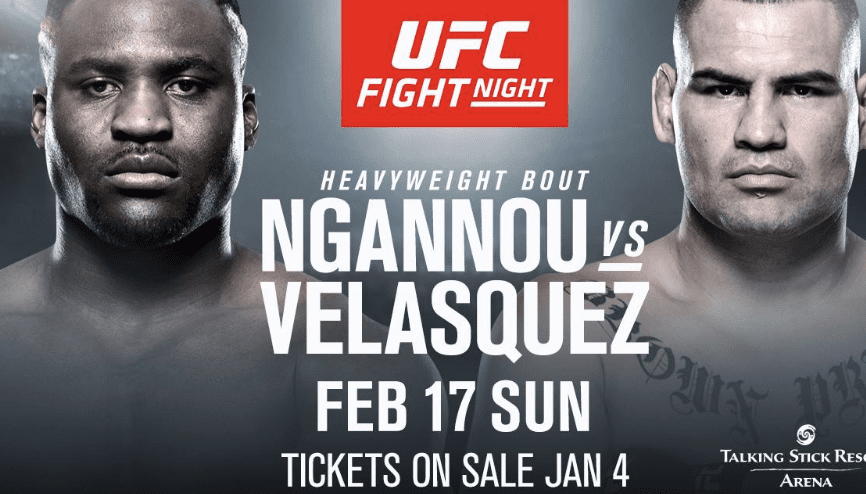 Cain Velasquez is returning to the UFC, and he’ll be coming back to star as a main event act for a historical card.

The former UFC heavyweight champion will meet Francis Ngannou in the headlining slot for the UFC’s first “UFC on ESPN” show, which takes place February 17 at the Talking Stick Resort Arena in Phoenix, Arizona. It marks Velasquez’ first fight since a win over Travis Browne at UFC 200 in 2016.

The winner of the fascinating style match up will likely find themselves in immediate title contention once again. With Ngannou’s recent win over Curtis Blaydes and with Velasquez’ huge reputation as one of the best heavyweights at all time, a victory could throw a serious contender in the UFC’s top division.

It also marks the first time the UFC will host an event on ESPN, with January seeing their first show on ESPN+ being headlined by T.J. Dillashaw vs. Henry Cejudo.