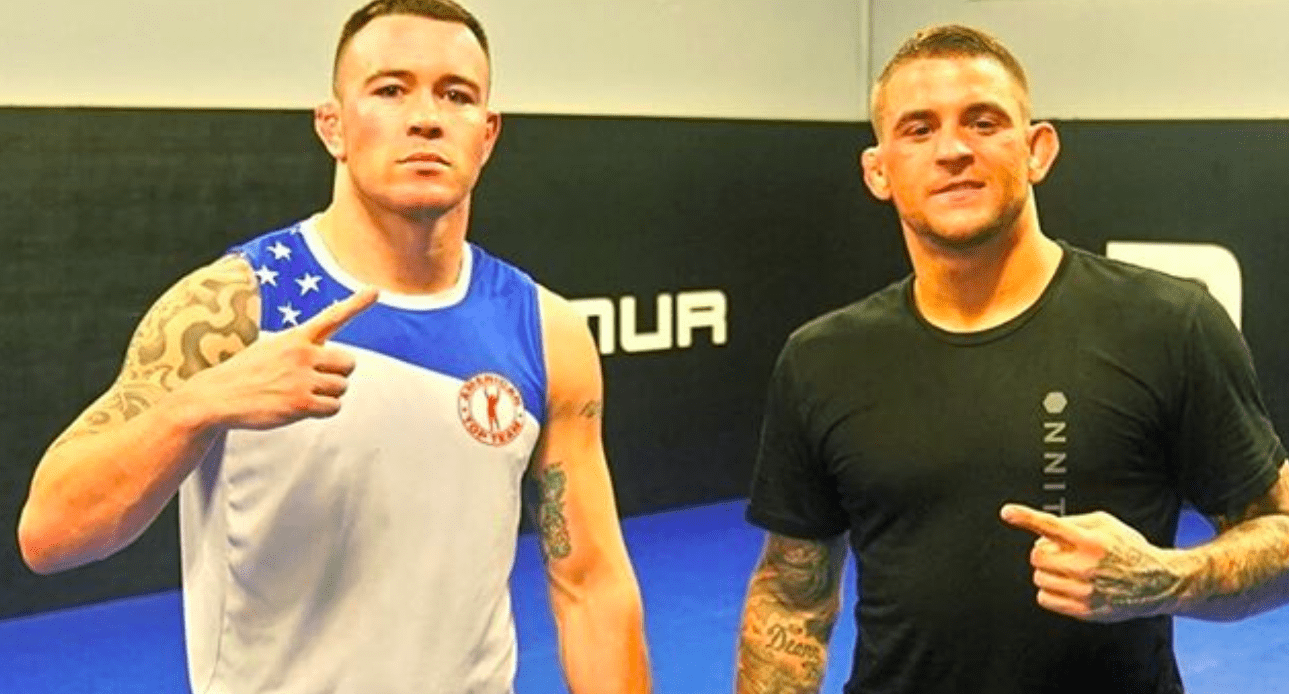 Maybe, maybe not. Just days after the brash UFC welterweight contender called for solidarity from people of all creeds and political beliefs in the fight against the novel coronavirus, Covington has issued an apology to American Top Team teammate Dustin Poirier following words that Covington said in an interview with ESPN’s Ariel Helwani.

Covington has become something of an MMA firebrand in recent years, cultivating a persona which has led to significant criticism from some of his rivals — and even those in his own gym.  However, Covington spoke to Submission Radio recently and said that he would like to retract his criticism of lightweight fighter Poirier.

“I want to take this moment, guys, to apologise real quick,” Covington said. “I want to apologise to my teammate, Dustin Poirier. I broke a promise to my agent, Dan Lambert. And I really do feel bad, and I feel ashamed. Yesterday I was asked a question by (Ariel) Helwani about Dustin, my teammate, and I kind of lost my cool. I was too busy spitting fire on the world and I was so hyped up about the Woodley fight that I kind of went off on Dustin. I just want to say that I’m sorry, Dustin. You’re still my friend, we can be friends.

“I’m sorry about hurting your feelings and saying some words in the past that might have hurt your feelings, and you know, business goes back to usual at American Top Team. I want to have a civil gym and I don’t want there to be drama or beef in the gym, I want to keep things civil. And if any of these guys want to come fight me, anybody out there, you know where to find me. We can fight for a lot of money in the octagon. But why aren’t these guys talking about fighting me in the octagon? They keep talking about fighting me in the street.”

Made a deal to keep it civil with @dustinpoirier and broke it in an interview yesterday. I’m a man of my word and I apologize for the mistake.

These type of contrition was not reserved for ATT teammates Jorge Masvidal and Joanna Jedrzejczyk.

“What’s my message to Jorge “Journeyman” Jorge Masvidal AKA Street Judas?” Covington continued. “The guy who tried to stab me in the back for money and business? You got your ass whooping waiting, buddy. You got your 10 seconds of fame. They’re up. You hit lighting in a bottle. But let’s look at your record, buddy. You got double digit losses on your record. You’re a 50/50 average mediocre fighter. Stop acting like you’re so great, you ain’t great. You know what happened when we used to train for the last eight, nine years.

“There’s never been one second where you have ever beat me. So, if you want to get embarrassed in front of the world, let’s do it, because Jorge keeps talking about wanting to fight in the streets. It’s like, dude, if we fight in the streets who’s going to pay your medical bills, Jorge? At least if we fight in the UFC octagon I’m gonna break your jaw, I’m gonna rearrange your face, and the UFC will cover your medical bills. So, let’s leave our business in the octagon. But he doesn’t want to fight me in the octagon, he knows better than that.

“And as far as Joanna Jedrzejczyk, you know, his little sidepiece, that they got a little fling going on right now, I could give a fuck less about her. She’s washed up, nobody cares about her. She used to be the boogiewoman, now she’s the boobie woman. Look at her face. She got her face rearranged, and I called it. In the beginning of the week, the week before her fight, I put a video saying, hey guys, Joanna wants an apology from me, so here I am for my apology. Joanna, I’m sorry. I’m sorry that you had to get your face rearranged and everybody’s going to get rich. And that’s exactly what happened, I got rich. I made a Rolex off of Joanna Jedrzejczyk’s bitch ass.”