Brian Ortega fires “delirious” jibe at Max Holloway, but reiterates “I really do care about your health”
Press enter to begin your search
MMA

Brian Ortega fires “delirious” jibe at Max Holloway, but reiterates “I really do care about your health”

Brian Ortega is, at the end of the day, a nice guy. 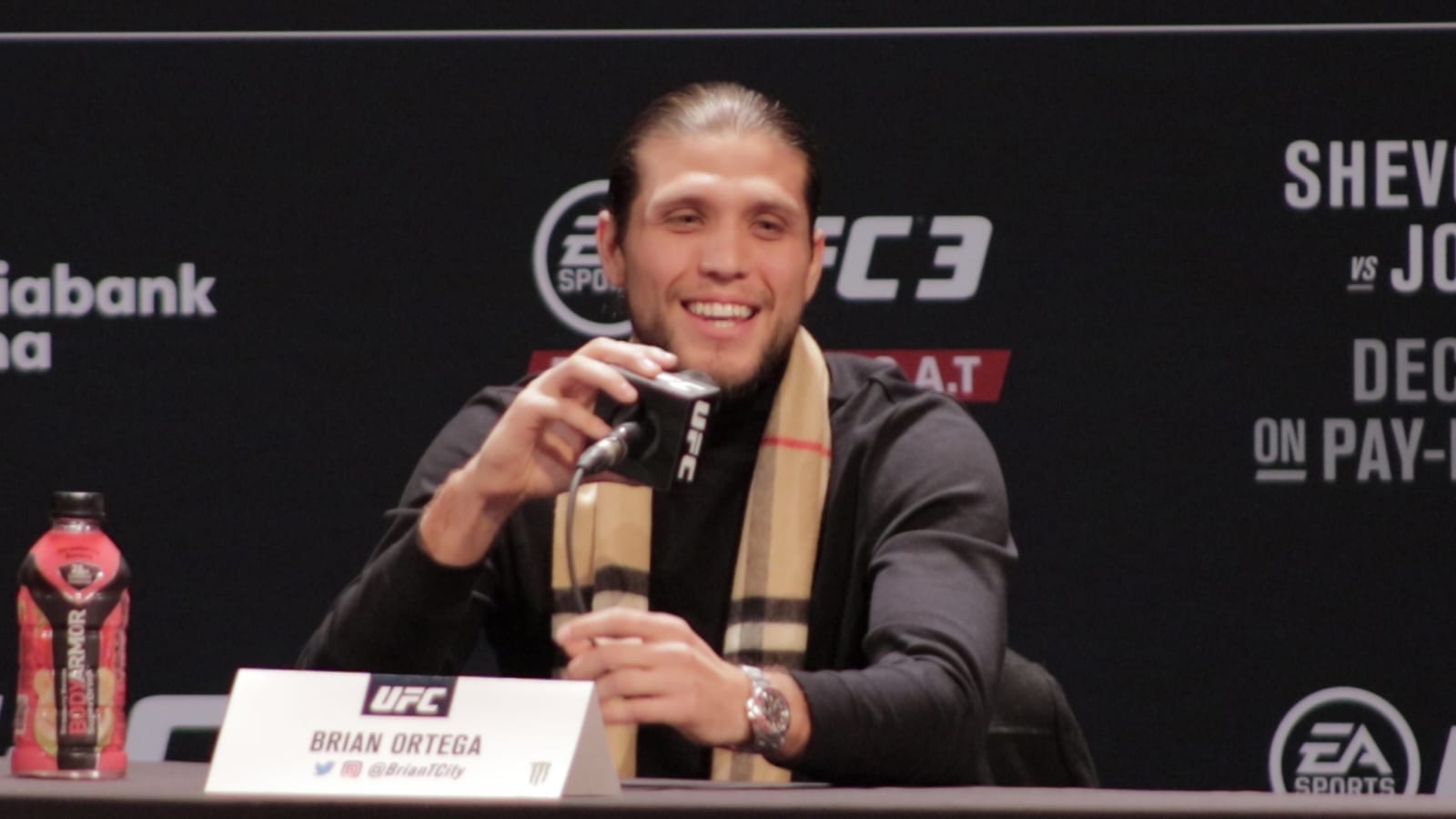 Brian Ortega has made it clear he’s using his fighting career as an opportunity to spread positivity throughout the world — but he’s not against firing shots off if required.

Such was the case at UFC 231’s press conference, where, after sitting silent following Holloway’s declaration he’d accomplished twice as much as Ortega, he was prompted into bringing up Holloway’s recent medical issues.

“Sometimes the best response is no response,” Ortega said.
“Sometimes you don’t have a response, so…” Holloway mocked.
“Someone is still delirious,” Ortega followed up.

While that remark left Holloway quiet, it didn’t take long for Ortega to reiterate how much he legitimately cared about his UFC 231 opponent.

“At the end of the day, I really do care about your health, and how you are and how you’re doing,” Ortega told Holloway. “I know you’ve got a son. Bullshit aside, I know we’re fighting and all of that shit, but I do hope you’re alright, he’s alright. For me, it ain’t cool if you step in there and you’re not physically alright or something’s going on. I wouldn’t want me to step in there, I wouldn’t want him to step in there, especially [because] you’ve got a family, I’ve got my family. So, like I said, I did worry about him. I do.

“I pray for you, swear to God, and we’re going to give you guys the show you deserve and [knocks on wood] nothing’s going to happen.”