Vote For Your 2017 Submission Of The Year 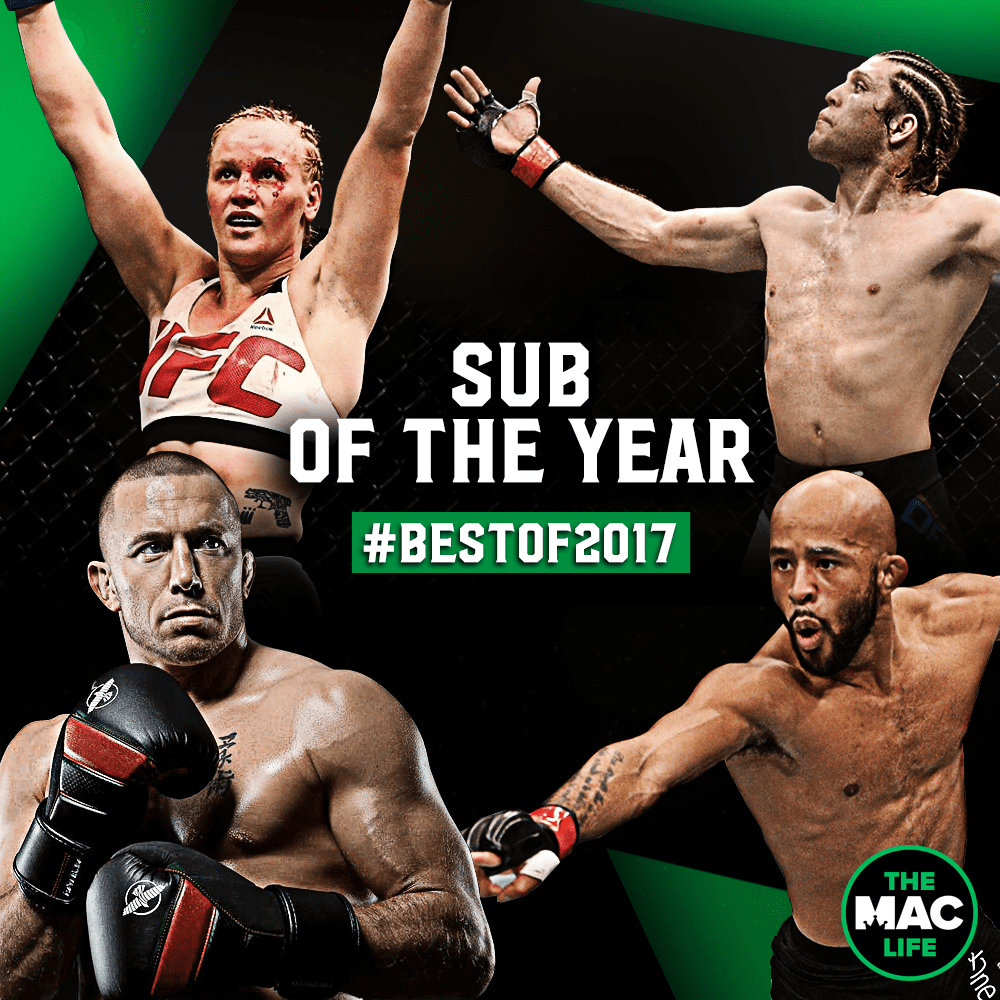 Even from the very first UFC, where Royce Gracie revealed jiu-jitsu to the world, submissions have captivated audiences of mixed martial arts. Now, as the game continues to evolve, fighters are coming up with new brilliant ways to put their opponents to sleep, or snap a limb.

In 2017, we saw some of the most phenomenal submissions of all time.

Whether it was the stakes or the technique used, there are plenty deserving the name of ‘submission of the year’. Now, just before the New Year, it’s time to look back on some of the best submission wins of the past twelve months, and have you fans decide which was the best.