The Russian Hammer is heading to New York City. 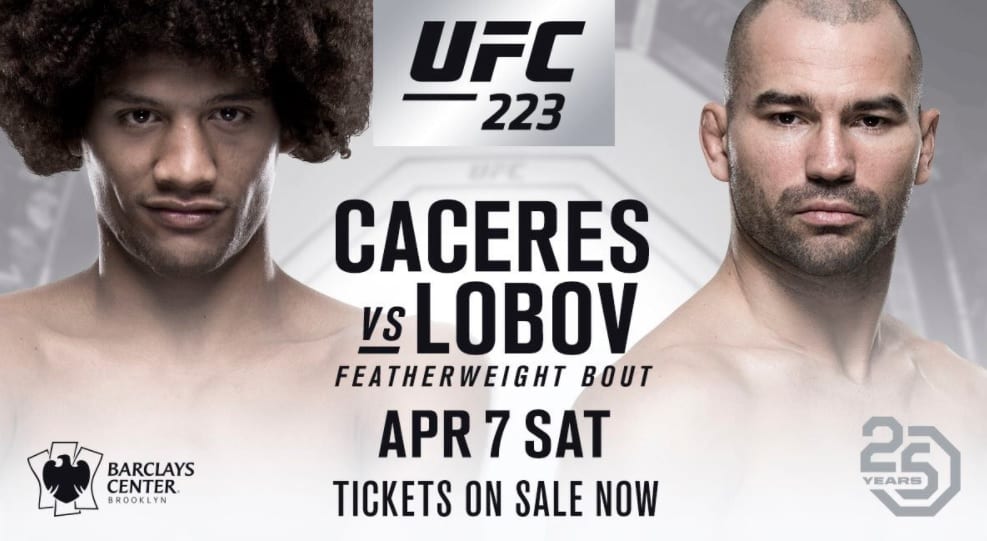 After first being reported on these pages a few weeks back, the UFC has made official a featherweight contest between Artem Lobov and Alex Caceres to take place in New York City at UFC 223 on April 7.

Lobov (13-14-1) will be looking to return to winning ways having lost a decision in his last outing opposite Andre Fili in Gdansk, Poland, last October. ‘The Russian Hammer’, who trains under the stewardship of John Kavanagh in SBG Ireland, will be looking to record his third victory under the UFC banner. In addition, the hard-hitting Lobov will be chasing his first knockout as a member of the UFC roster to add to the trio of KO’s he recorded on his way to the finals of The Ultimate Fighter in 2015.

Caceres (13-11-1), perhaps better known as ‘Bruce Leeroy’ to some, was last seen dropping a split decision Wang Guan in China last November. He has assembled a 3-3 record in his last 6 bouts inside the UFC. Like Lobov, Caceres is an alumnus of The Ultimate Fighter but was eliminated from the show in the quarter finals after losing to Michael Johnson.

The Lobov/Caceres clash will take place on the undercard of the much-anticipated lightweight main event between Tony Ferguson and Conor McGregor and, as has been the case in the past, you might expect Lobov’s close friend and training partner Conor McGregor to be in attendance for fight week.

Official news of the booking was reported by Ariel Helwani of MMAFighting.