The Siberian Express is back on the tracks. 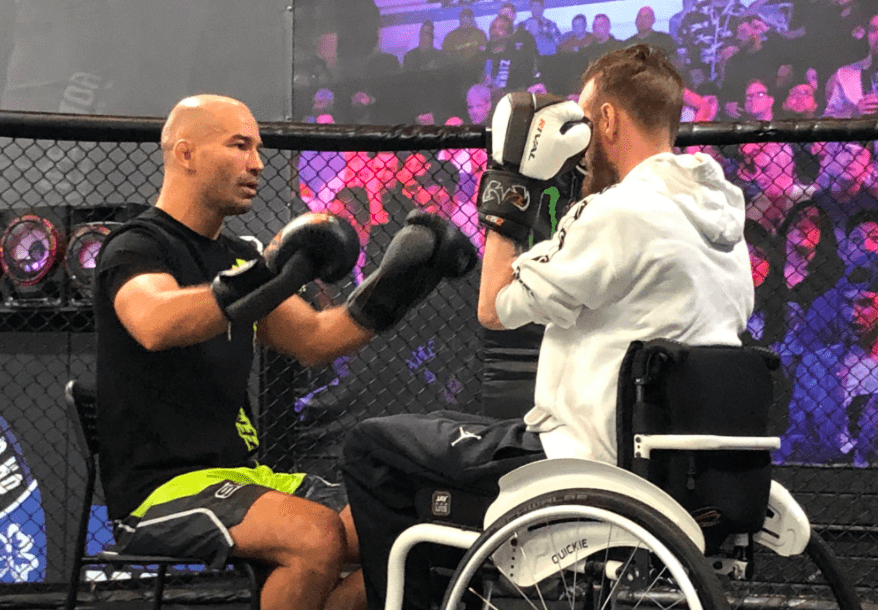 He may have called time on his professional career but Artem Lobov is still up for a knock if it is for a good cause.

It was revealed over the weekend that ‘The Russian Hammer’ will take on another ex-UFC fighter, Paddy Holohan, in a wheelchair boxing bout later this year in an event in which all the proceeds will be handed to charity.

News of the upcoming fight was revealed on social media by comedian Stevo Timothy who will take on Irish Olympian Paddy Barnes on the same fight card, with he and Lobov running through some technique tips at SBG Ireland’s Dublin HQ in recent days.

What a day. What an experience! The absolute gentleman @RusHammerMMA invited me up for a bit of training ahead of my fight with @paddyb_ireland and it was immense. And not only that but he will now take part in the charity wheelchair fight against none other than @PaddyHolohanMMA pic.twitter.com/W41XeaFTos

What a day. What an experience! The absolute gentleman [Artem Lobov] invited me up for a bit of training ahead of my fight with [Paddy Barnes],” wrote Timothy online. “And it was immense. And not only that but he will not take part in the charity wheelchair fight against none other than [Paddy Holohan]”

Previously, Conor McGregor had also expressed an interest in taking part in the event where he was linked to a fight with another Irish comedian (and McGregor impersonator) Al Foran, but was forced to withdraw from consideration while he continues his recovery from his recent leg surgery.

“Guys, the September date is too early for me. I am still in recovery. My docs/physical therapy team out here advise me to stay,” wrote McGregor on Twitter recently.

“I reckon late October at earliest. But maybe November/December too. It is hard to say at this time a concrete date. But I’m in! Wait for me please!

“Just need to focus on this recovery for the next while first before I can commit to a date! Have some cool things planned for event though.”