Jon Jones had a few words for Jan Blachowicz after his defeat to Glover Teixeira at UFC 267. 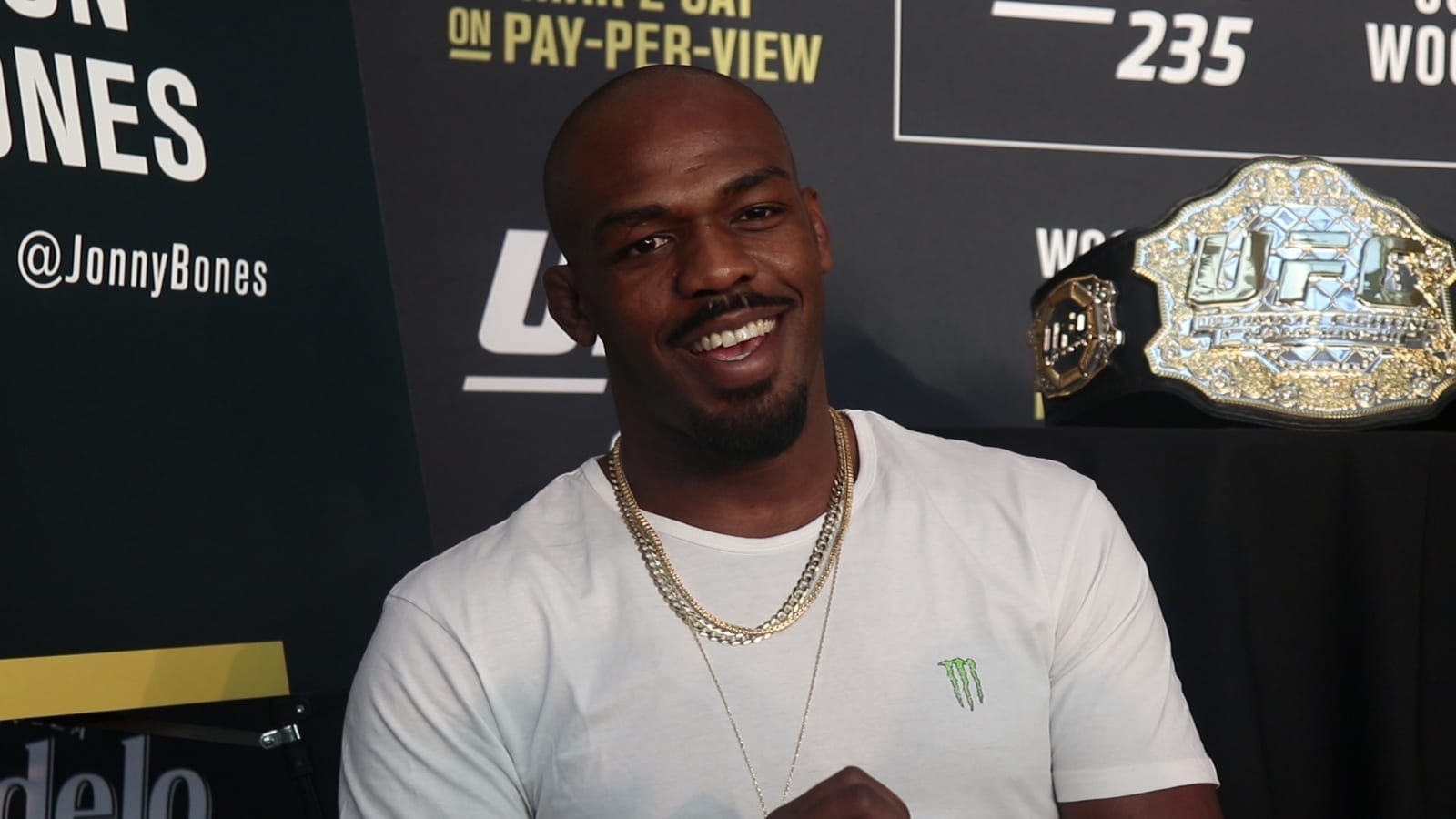 It’s hard to dispute the fact that Jon Jones has done a lot more tweeting that fighting in the last couple of years.

Jones, the former longtime UFC light heavyweight champion, hasn’t fought since beating Dominick Reyes in February of last year and shortly thereafter opted to drop the 205-pound title in advance of a move to the heavyweight division. But with his debut in his new division still seemingly a long way away, Jones seems to have focused his attention on his Twitter troll skills — and once again let loose after Jan Blachowcz lost to Glover Teixeira in last weekend’s UFC 267 headliner.

See what happens when you’re talking shit, not focusing on the opponent right in front of you. Another one bites the dust 🤷🏾‍♂️

Yo Glover you are a real G my friend, so happy for you. Let’s go Brazil!

“See what happens when you’re talking shit, not focusing on the opponent right in front of you,” wrote Jones. “Another one bites the dust.”

While Jones didn’t elaborate much further, it is likely that he is referencing comments made by Blachowicz in September in which he said that he suspected that Jones will never fight again, and that any fantasy matchmaking between the two was unnecessary.

“I think Jon Jones, this conversation is over,” he said via MMA Fighting. “It’s not making sense to talk about him anymore. I don’t know. Maybe he don’t fight anymore, anywhere at heavyweight or light heavyweight, I don’t think so. I don’t know what he’ll do. I forgot about him. You remind me about Jon Jones right now.

“Like I said before but right now I don’t care about him. If he comes back, OK. If not, who cares.”

Jones, though, was a little more conciliatory towards the new champion Glover Teixeira, whom Jones defeated by decision back in 2014 in one of his long line of light heavyweight title defences.