Amanda Nunes says Cris Cyborg is going to have to wait for a rematch. 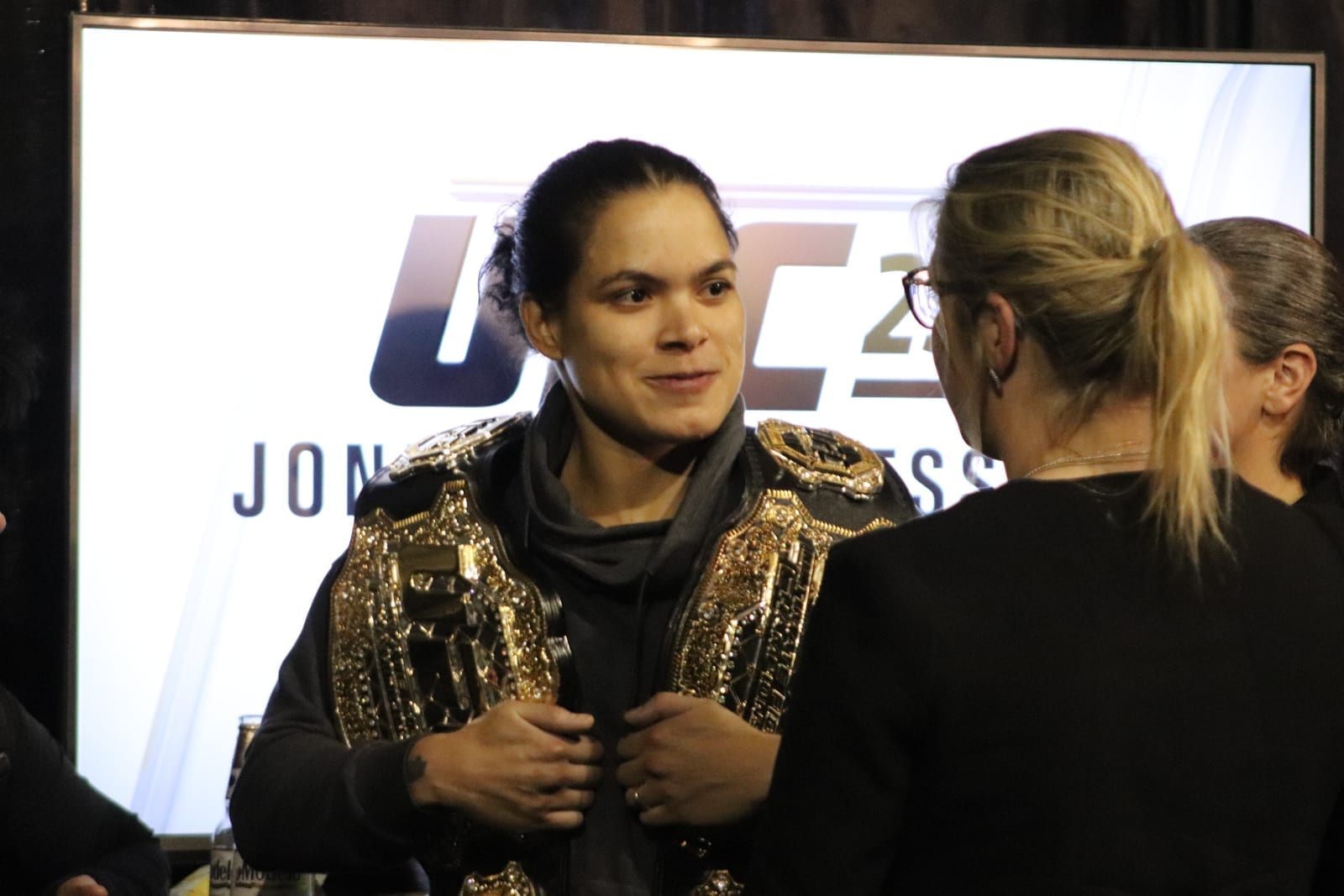 If Cris Cyborg was left irked by Amanda Nunes requiring nine months prep before they fought at UFC 232, the former UFC featherweight champion is going to be even more irritated when she hears Nunes’ most recent comments.

Nunes, now both the featherweight and UFC bantamweight champion in the women’s divisions, appeared on the UFC Unfiltered podcast a few days after her stunning win over Cyborg and revealed a few interesting perspectives from inside the cage. Firstly, a dispelling of the myth that Cyborg hits hard.

“She didn’t [hurt me] at all,” Nunes said, speaking on the UFC Unfiltered podcast. “Actually, when she connected the first time I saw that there was no power at all and I put my hands down, [and said] ‘I’m gonna go for it’. I don’t know if you see when I put my head down when she started punching me but I was more scared of the talk that she punches hard than exactly that she punched hard.

“You hear a lot that ‘She punches hard, she’s strong, she has knockout power!’ but when she landed, I moved my head because I was more scared of being hit than because the punch was strong.”

And while a rematch would make sense both financially and rankings-wise, Nunes wants to drop back down to 135-pounds and defend her other title before competing again at featherweight.

Because of that, she’ll need to lose weight before gaining it back on to be comfortable in fighting Cyborg again.

“Cyborg doesn’t want to fight me if it takes more than a year to prepare, and right now, I don’t think she’s gonna want it because I’m gonna ask for two years to be ready for her again,” Nunes said. “She said I wanted one year to be ready for her and she didn’t want to wait that much, she don’t wanna stay without fighting but right now I’m asking for two years for the rematch.

“Yeah I’m gonna defend my belt, my original belt. Yeah, for sure I’m gonna go down, defend my belt. My division is waiting for me and we will see what happens after but I don’t think Cyborg wants to wait for two years.”