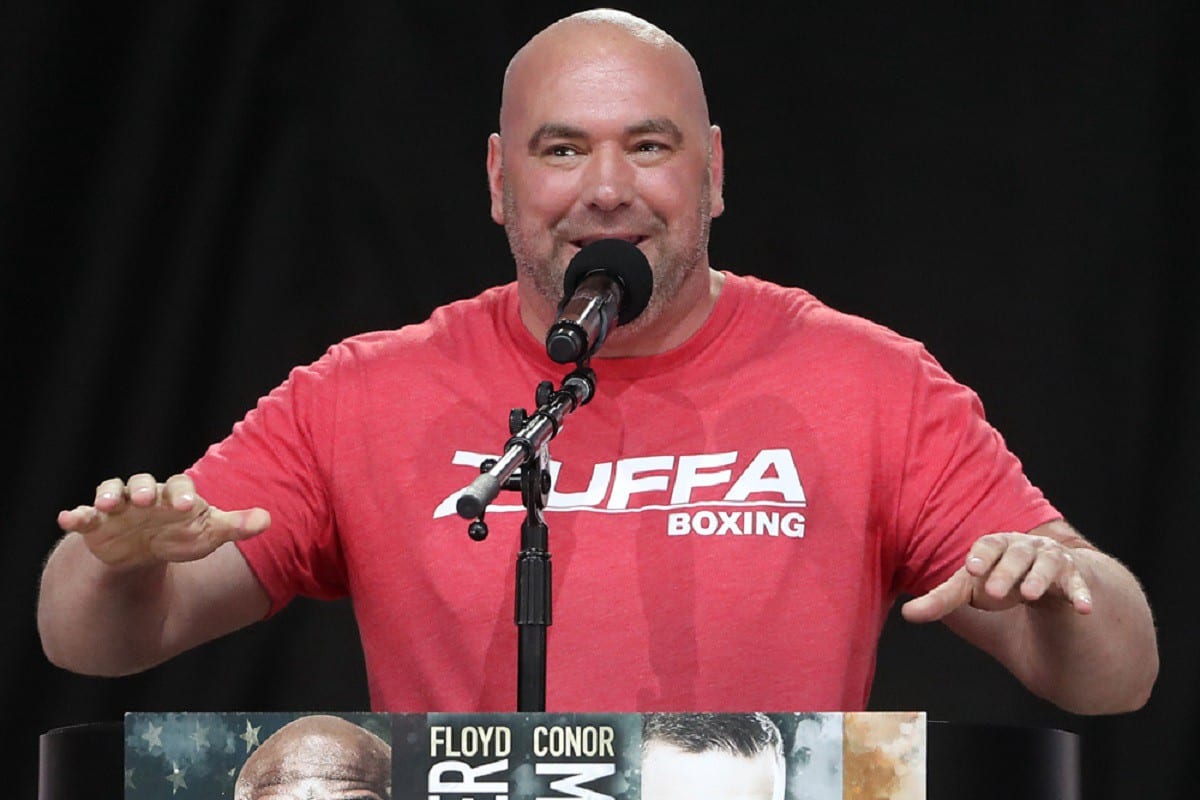 The issue of fighter pay in the UFC has been a hot topic in recent times.

Several of the UFC’s biggest names, including the likes of Jon Jones and Francis Ngannou, have bemoaned the pay on offer to them for high profile fights, particularly when compared to the blockbuster paydays handed to boxing’s upper echelon of fighters. In Ngannou’s case, the pay issue might even hasten him leaving the UFC as he chases what would easily be a career-high payday against Tyson Fury.

But as far as Dana White is concerned, these types of complaints are part and parcel of running a fight promotion.

“There’s always gonna be head butting,” said White to The Pivot Podcast, as noted by MMA Fighting. ““Do you make enough money? Do you? I want to meet that guy that goes, ‘Oh, I’m good. I make plenty of money. I don’t need another dime.’ You’re never going to meet that guy. It’s never going to happen. Everybody wants more money.

“And one of the big problems with boxing too, is that all those f****** guys are overpaid, and every time they put on a fight, it’s a going-out-of-business sale. We’re just trying to get as much f****** money as we can from you guys, and then we’re out of here. We’ll see you in three years.

White, though, says that the UFC’s pay structure allows for its biggest stars to make a lot more cash than just what it says on their contracts, with bonuses and pay-per-view points on offer for its more well-known names.

“What we did it we built a business model where, if you’re the champion, you share in the pay-per-view revenue,” White said. “If you’re the guy headlining the card, or there’s been some special occasions where we know you’re bringing in the money, too, and you’re a big draw so you, too, get to share in the pay-per-view revenue. You eat what you kill.

“The truth is, you get some of these guys that — you can walk in and say, ‘I want $30 million dollars.’ OK, based on what? I do too. Give me $30 million. We all want $30 million, but based on what? And you’re never going to have the guys on the other side worrying about the business of the sport. Because this isn’t a team sport. … In this sport here, it’s about me. ‘I’m the biggest f****** star here. I knocked out 30 people. I did this, I did that. I want as much money as I can get, and I really don’t give a s*** about anybody else, including you, the boss that runs the business. I don’t care about this whole business. It’s about me.’

“Here’s what I always say: if you don’t like what I’m doing, you don’t like the way I’m doing it, go out and raise some money, I did, and start your own and pay them what ever you want to pay them,” White said. “We built one of the most successful sports leagues of all time in 20 years. People actually want to invest money into this thing, which makes the sport grow which makes more opportunities for more people, not just the fighters but my employees, and the people that we hire, and it just continues to grow and grow. When you let these people come in and suck all the life and the money out, it doesn’t work. You have to run a real business and you have to have a business that people are interested and want to invest in.”