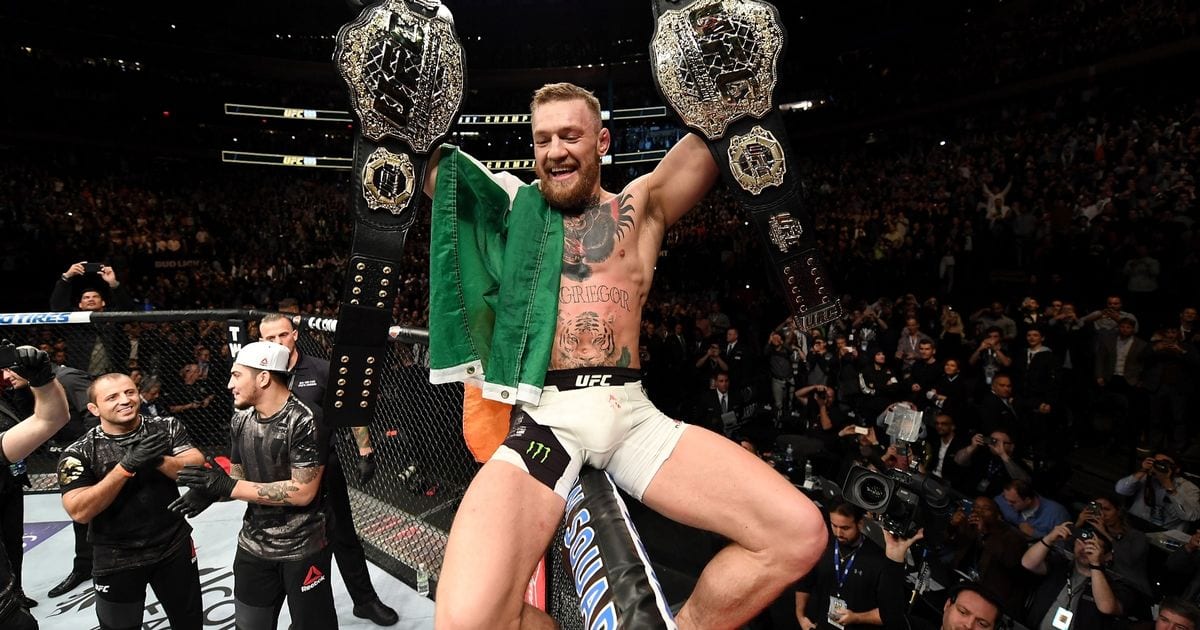 Five years ago, Conor McGregor made good on his word and delivered one of the finest performances ever seen in a UFC world title fight when he scythed through then-lightweight champion Eddie Alvarez in the first-ever UFC event inside Madison Square Garden. The win added 155-pound gold to the featherweight world title he captured less than a year prior, and repeated the ‘champ champ’ status he had achieved in Cage Warriors some years prior.

But it wasn’t just the fact that he won, it was the manner in which he did it. From the opening bell McGregor was a beat ahead of Alvarez, the hard-nosed Philadelphian who came into the fight with 28 wins from 32 career bouts, and seemed to flummox him with just about every shot he threw.

#OnThisDay in 2016: @TheNotoriousMMA made history as the Champ Champ in Madison Square Garden! 🏆🏆

The damage was quickly visible on Alvarez’s face and in his performance, as his own blueprint for how he expected the fight to go melted away before his very eyes.

The first round saw McGregor land several knockdown shots as he timed his opponent’s advances with cool cage-savvy, and ended the fight in the second when he launched into a four-punch combo after Alvarez whiffed with an overhand.

The win was expected by McGregor but perhaps not by some members of the mixed martial arts community — but after that round and a half or so, that tune changed and several top fighters took to social media to indicate just how impressed they were by the Dubliner’s title-winning performance.

Ireland, we did it! https://t.co/6Xdtbcnwrk

omg that was sick by @TheNotoriousMMA

Wow Conor made that look way too easy. Sky is the limit for him

Congrats @TheNotoriousMMA ! First time in history ! Get this man his second belt !

Hate him or love him….. you can’t take it from him. My hat is off to @TheNotoriousMMA

Haha the Irish guy looked great. Impressive
YES he get that timing thing

. @TheNotoriousMMA is the GOAT. We all just need to accept it. All due respect Anderson and Fedor and Jon Jones. It’s just unreal. #UFC205

Pretty much how I vision that fight going down!

Can’t believe I’m saying this. But I’d be interested in seeing a Conor McGregor vs Floyd Mayweather boxing match 🙈 #UFC205