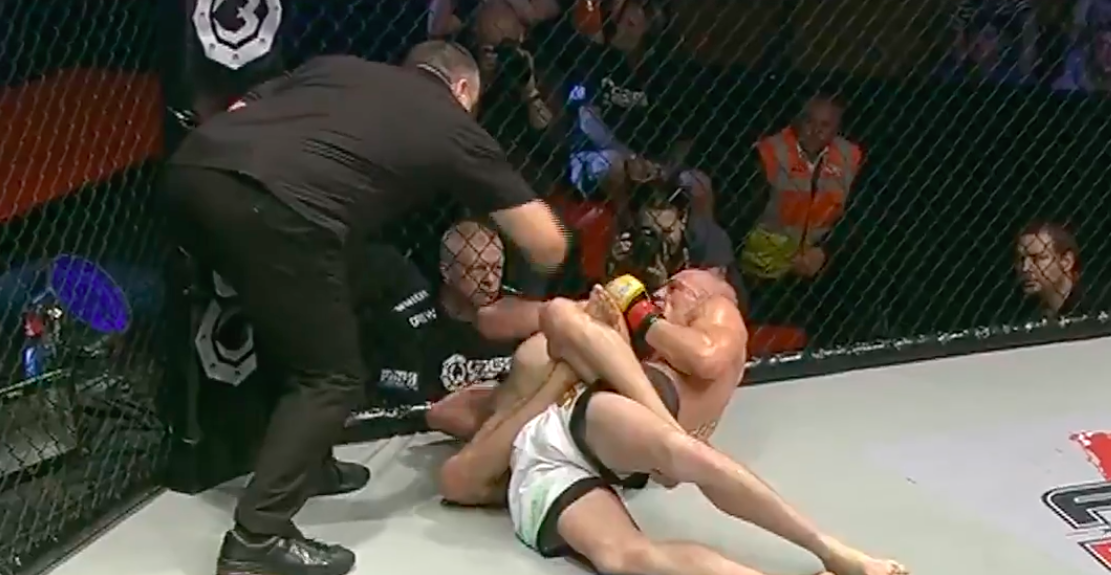 A decade ago, English fighter Dave Hill was considered to be one of the better grapplers in Europe.

The Englishman, who was the reigning Cage Warriors featherweight champion, had eight submissions in his ten wins and had only been defeated by close decision on two occasions. He had never come particularly close to losing by either submission or knockout. But by the time Conor McGregor made his walk to the cage for his first-ever title fight at Cage Warriors 47 in north Dublin, there was a feeling in the air that something special was about to happen.

McGregor would soon become accustomed to the bright lights of world title fights but on that June evening back in 2012, it was his first time competing with a major world title up for grabs — and he certainly didn’t shy away from the moment.

It quickly became clear that Hill was facing a different type of challenge. McGregor’s electric style of striking put him on the back foot immediately, eventually connected with a left high kick which sent Hill sprawling backwards to the canvas.

This was the only invitation McGregor needed. He followed the submission expert to the ground, moved to the back and locked in a body triangle. The rear-naked choke quickly followed.  It was the first and only time in Hill’s career that he was submitted and, to date at least, remains the only submission win in McGregor’s career.

He held aloft the Cage Warriors featherweight title that night and would add the lightweight strap just six more months down the line; an achievement he would eventually repeat in the UFC.

But in terms of world titles, this was the first one — and it all began in Dublin’s Helix Theatre on June 2, 2012.