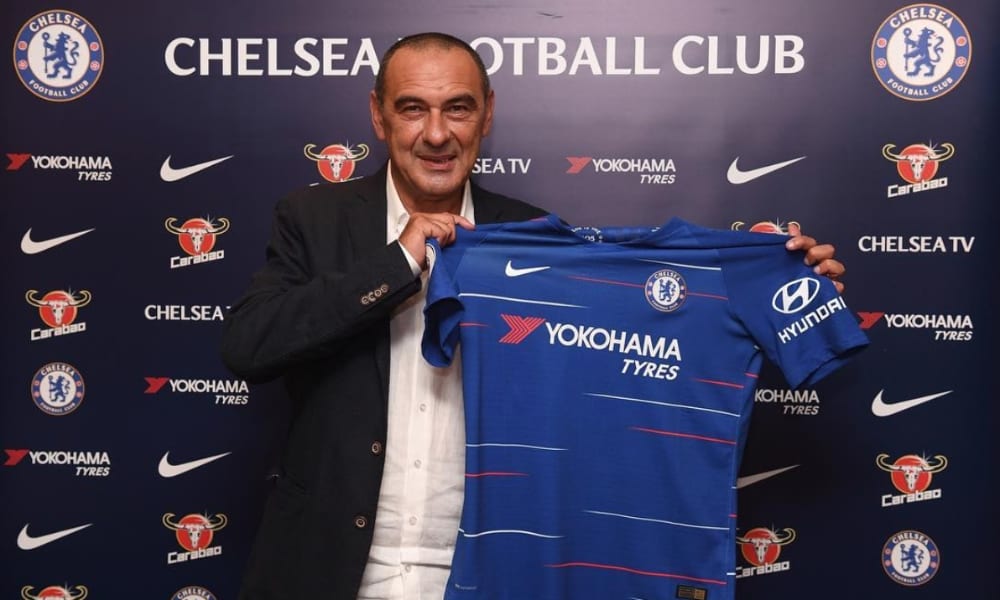 Chelsea have wasted no time in replacing the axed Antonio Conte with former Napoli boss Maurizio Sarri replacing him in the managerial hotseat.

Sarri arrives at Stamford Bridge on a three-year contract, and has already secured his first signing, with one of his former Napoli charges, Brazilian-born Italian Jorginho, joining him at Chelsea in a £50m deal.

“I am very happy to be coming to Chelsea and the Premier League. It is an exciting new period in my career,” Sarri told the official Chelsea website.

“I look forward to starting work and meeting the players on Monday ahead of travelling to Australia, where I will be able to get to know the squad and begin our match action.

“I hope we can provide some entertaining football for our fans, and that we will be competing for trophies at the end of the season, which is what this club deserves.”

Chelsea director Marina Granovskaia hailed Sarri’s arrival at the club, saying: “We are delighted to welcome Maurizio and are looking forward to him bringing his football philosophy to Chelsea.

“Maurizio’s Napoli side played some of the most exciting football in Europe, impressing with their attacking approach and dynamism, and his coaching methods significantly improved the players at his disposal.

“He has plenty of experience in Serie A and the Champions League and we know he is relishing the chance to work in the Premier League.”

Sarri’s first signing at the club was a familiar face to the Italian boss. Midfielder Jorginho was a first-team regular as part of Sarri’s Napoli side in Serie A, and he arrives at Stamford Bridge to provide extra steel to the Blues’ midfield ahead of the coming campaign.

The Brazilian will wear the number five shirt and can’t wait to get started in the EPL.

‘I am absolutely ecstatic to be here at Chelsea,” he told the official Chelsea website.

“It is not easy to become part of such a big team so I am very, very happy. I am excited to play in such an intense league, for a team that gives everything to play and win.”