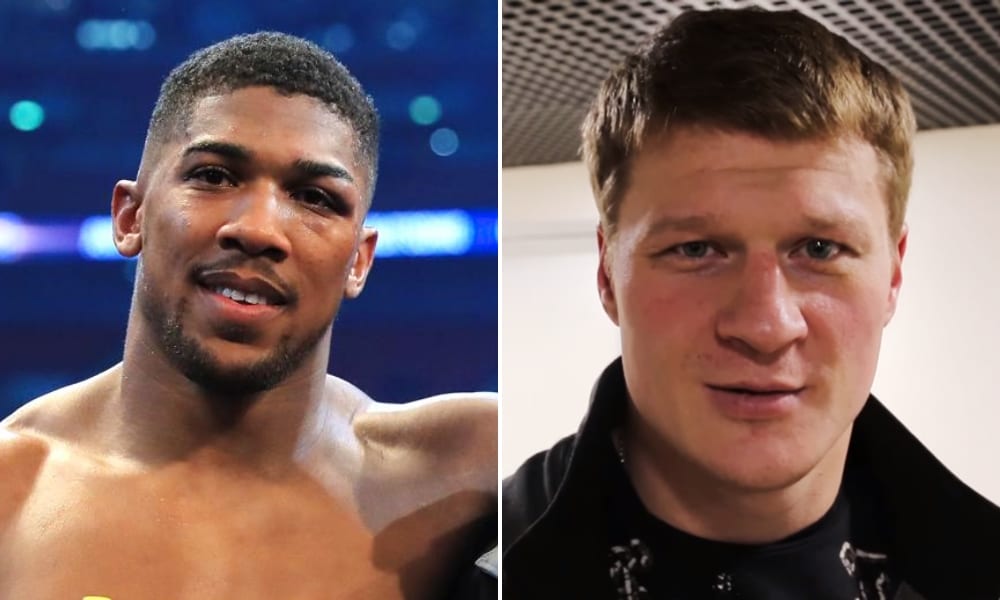 Anthony Joshua’s next big world title fight will take place at Wembley on September 22 when he takes on mandatory challenger Alexander Povetkin.

The WBA, WBO and IBF heavyweight champion of the world unified the titles when he outpointed Joseph Parker at the Principality Stadium in Cardiff earlier this year.

And now, with the eagerly-anticipated bout with Deontay Wilder seemingly on the back burner, former Olympic gold medallist Joshua (21-0, 20 KOs) will take on fellow former Olympic champion – and former WBA world champ – Povetkin (34-1, 24 KOs) at Wembley Stadium in September.

Povetkin staked his claim for a shot at Joshua when he starched David Price on the undercard of Joshua’s bout with Parker in March.

The 38-year-old’s only career loss came against Wladimir Klitchko (pictured above with Joshua), who Joshua knocked out to win the WBA and IBF titles.

Now the pair will go head to head at England’s 85,000-seat national stadium in what promises to be another huge fight night in the capital.

Speaking ahead of the bout, Joshua said: “I can’t wait to get back in the ring – the end of March feels a long time ago now.

“Povetkin is a serious challenge that I will prepare meticulously for. He has serious pedigree and only a fool would underestimate what he brings to the table.

“Training hasn’t stopped for me, but the next 10 weeks ahead will be intense both mentally and physically. I will push myself to breaking point to make sure I am in peak condition for another huge night for British boxing at Wembley Stadium on September 22nd.”

Povetkin, meanwhile appeared single-minded in his approach to the contest, saying simply: “Anthony Joshua has four belts and I want them all.

“The meeting of two Olympic champions in the ring is destined to be a breathtaking event.”

If Joshua is successful against Povetkin, all signs point to the Brit facing off against undefeated American Wilder, who holds the WBC heavyweight title, and he’s made no secret of his dismay at the fight not having been agreed yet.

A fight between Joshua and Wilder would offer an opportunity for all four versions of the world heavyweight title to be unified for the first time and may well be the highest-grossing heavyweight bout in history.

But before that possibility can become reality Joshua needs to put away Povetkin on September 22.