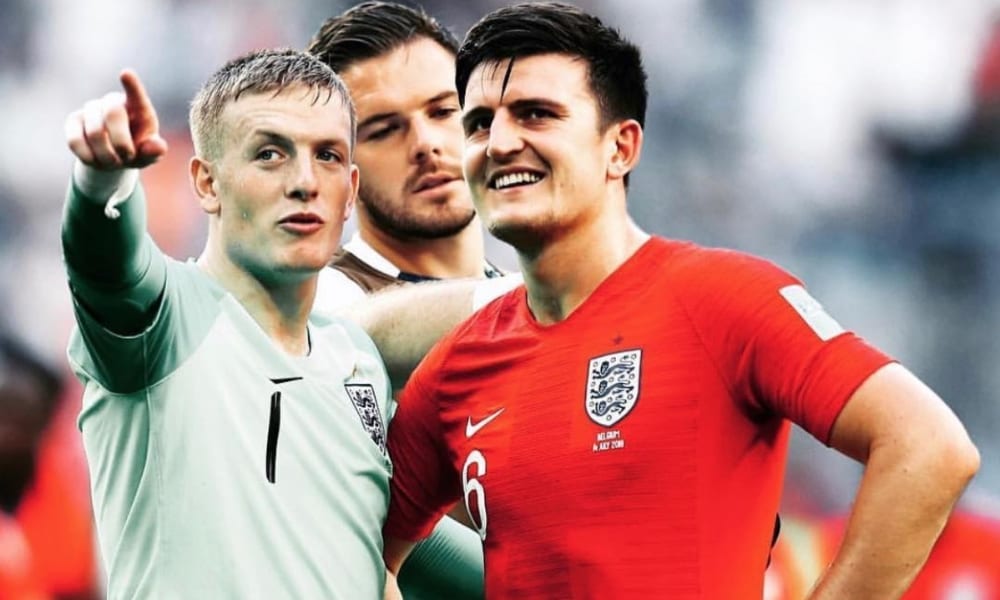 Two of the standout players from England’s remarkable World Cup campaign have been linked with moves to two of the biggest clubs in the Premier League.

Goalkeeper Jordan Pickford, who overcame early doubts over his international credentials to become one of the outstanding goalkeepers in Russia this summer, has reportedly been targeted by Chelsea.

The London side look set to lose their current number one, Belgium’s Thibaut Courtois, to Real Madrid and the Stamford Bridge club have reportedly targeted Pickford as their main transfer target to replace him.

Pickford, 24, is currently with Everton and it would take a colossal offer from the Blues to prise him away from Goodison Park.

But with the financial backing of Roman Abramovich, plus the need to regenerate a squad that finished 30 points behind title winners Manchester City last season, Chelsea are unlikely to baulk at Everton’s fee demands.

The 25-year-old defender was one of the stars of the tournament for England, as he came of age as an international player, putting in exceptional performances at the heart of England’s defence, while also offering a constant threat from set pieces.

Maguire has attracted the interest of Jose Mourinho and Manchester United, but according to reports in today’s newspapers here in England, the Red Devils will need to part with £80million for the player. That would make Maguire the world’s most expensive defender.

It’s also believed that United may be prepared to offload defenders Marcos Rojo and Matteo Darmian to help fund the move for Maguire, who would instantly improve the Old Trafford side’s back line ahead of the 2018/19 EPL season.