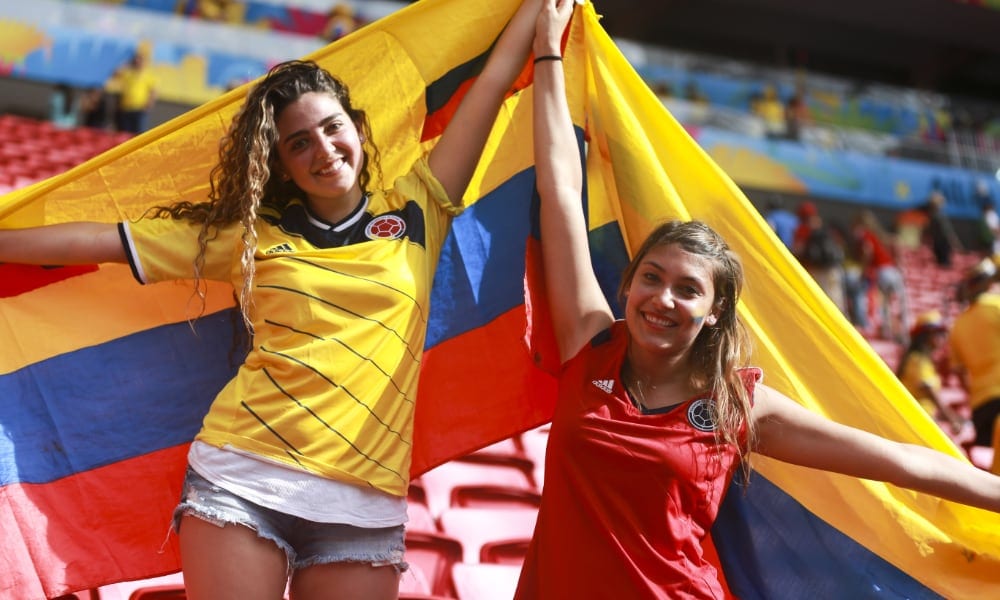 Colombia had to suffer the loss of their influential playmaker James Rodriguez through injury before battling to a 1-0 win as they qualified for the knockout stages of the World Cup.

Barcelona defender Yerry Mina was the toast of Colombia as his 74th-minute header saw them defeat Senegal as they leap-frogged the African side to the top spot in Group H.

Colombia takes the lead thanks to Yerry Mina's header. As it stands, Senegal are out and Japan go through with fewer yellow cards! #SEN #COL pic.twitter.com/4Cu0kXPJJ2

Senegal threw everything they had at the South Americans in the final quarter of an hour, but couldn’t find the equaliser they needed to go through at the Colombians’ expense.

Meanwhile, in the other game in the group, Japan lost out to Poland, who claimed their first points of the tournament thanks to Jan Bednarek’s volleyed finish.

Bad news for Japan, as Poland takes the lead in their match. As it stands, they'd be eliminated with Poland. #JPN #POL pic.twitter.com/TJeQDSSwle

But after the final whistles blew in both matches, the second qualification spot went down to a tie-breaker after Japan and Senegal were tied on both points and goal difference.

In the end, it was the teams’ disciplinary records that determined who progressed and who went home, with Japan going through by virtue of receiving fewer cards during the tournament.

Japan will go on to face the winner of Group G, while Colombia will face the runner-up from the same group.