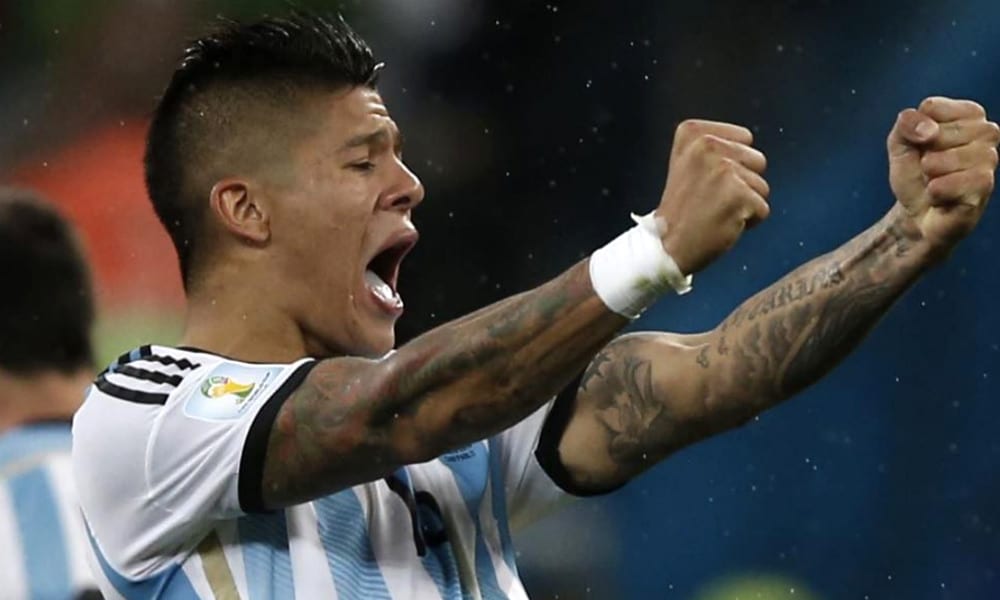 Manchester United defender Marcos Rojo came to his country’s rescue with a dramatic late winner against Nigeria as Argentina qualified for the knockout stages of the 2018 World Cup.

Rojo’s brilliant late finish capped off a match full of incident that was played out in a cauldron-like atmosphere in St Petersburg, where a huge contingent of Argentinian fans packed the stands to roar their team to victory.

Nothing less than a win would have sufficed for Argentina, and they got off to a flying start, courtesy of their superstar.

Lionel Messi stepped up when his country needed him most to fire Argentina into an early lead, as he beautifully brought a cross-field ball under control with two sublime touches before slamming a shot across Francis Uzoho in the Nigerian goal and into the far corner.

It was a quite brilliant strike, and it seemed to galvanise the team on the pitch and the fans in the stands.

Messi hit the post with a free-kick midway through the half, but Argentina didn’t have things their own way, as Nigeria’s pace and power started to cause the South American side a host of problems.

Indeed, the Super Eagles dominated significant spells of the match, and eventually equalised from the spot after Mascherano was adjudged to have fouled Leon Balogun in the penalty area. Chelsea’s Victor Moses stepped up and showed remarkable calmness to roll the ball past Franco Armani in the Argentina goal.

Victor Moses equalizes from the spot for Nigeria! #NGA #ARG

And as the game became more stretched in the second half both sides looked capable of netting a winner. Argentina survived a VAR referral after Nigeria called for a penalty kick for a supposed handball by Rojo, then the Manchester United defender popped up in the heart of the penalty area to brilliantly finish past Uzoho and spark wild scenes of celebrations on the touchline and in the stands.

Rojo’s late strike meant that Argentina qualified from Group D in second place. They’ll take on Group C winners France in the second round on Saturday.

Croatia sail through with 100% record

In the other match in the group. Croatia cemented their position as Group D winners with a 2-1 win over Iceland.

The Croats rested a host of key players for the clash, having already booked their spot in the knockout stages with wins in their first two group games.

But it proved to be no impediment as they claimed a last-minute winner to go through with a 100% record.

The Vikings arguably started the better of the two, but it was Croatia who took the lead on 53 minutes through Milan Badelj.

#Croatia have taken the 1-0 lead against #Iceland, despite playing with a rotated lineup today. Milan Badelj made a late arriving run into the box, and finished well on the half-volley. #ISLCRO #ISL #CRO pic.twitter.com/ycgiZt8NNc

Iceland bounced back well, and scored from the spot through Gylfi Sigurdsson to keep their hopes of qualification alive. But Croatia kept attacking and netted their winner in the 90th minute through Ivan Perisic to seal maximum points in the group.

Croatia will go on to face Denmark in the second round on Sunday.