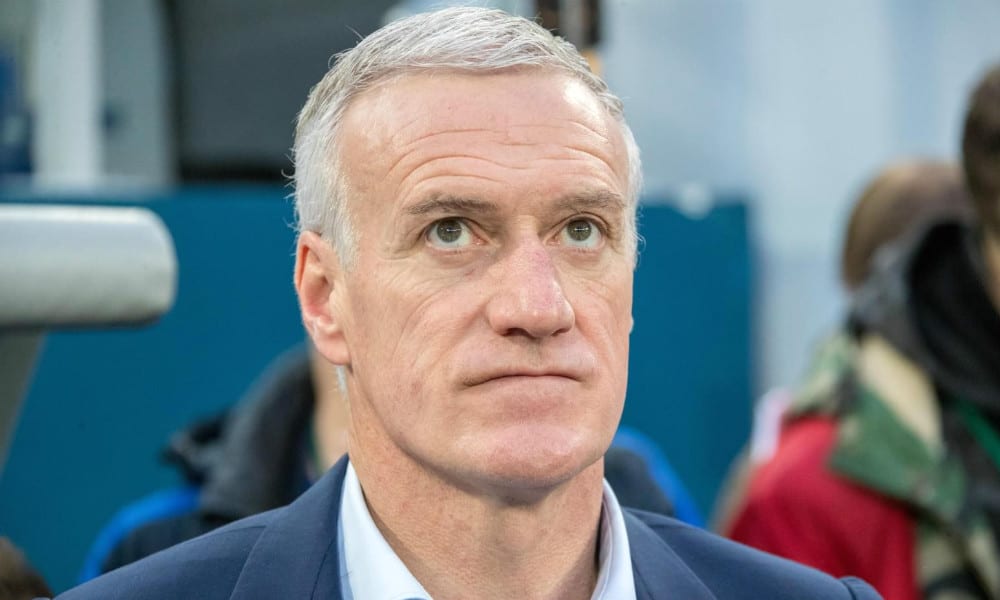 The top two teams in World Cup Group C were booed off the field as France and Denmark played out a dour goalless draw.

Didier Deschamps’ France knew a draw would comfortably see them through as group winners, while Denmark also knew a point would be enough to secure their qualification as runners-up.

It produced a match devoid of ambition, attacking intent or any real entertainment as both sides seemed happy to play out the dullest game in the World Cup.

The result was the first goalless draw of the tournament that prompted a chorus of boos as the full-time whistle sounded.

That won’t concern the French or the Danish, however, as they’ve made it through to the next round without any major issues. But both will need to discover some much-needed intensity if they’re to progress any further in the competition.

In the group’s other game, Peru ended any lingering hopes of Australian progression with a goal in each half as they defeated the Socceroos 2-0.

In contrast to the other game in the group, Peru played like a side determined to send their fans home with something to celebrate and they got off to the perfect start when Andre Carrillo fired in a brilliant volley to put the South Americans ahead.

#OCSC midfielder Yoshi Yotún initiated the sequence for #Peru goal to open the scoring in #AUSPER. He played a great long ball to Paolo Guerrero, who held the ball up and crossed for André Carrillo to volley in a golazo.#MLS #VamosPeru #PER #WorldCup pic.twitter.com/5TakfLtEmv

And in the second half, their talismanic captain and all-time top goalscorer Paolo Guerrero secured Peru’s first win in a World Cup finals tournament since 1978 with a smart turn and finish.

The captain, talisman, and all-time top scorer just HAD to score in this #WorldCup after overcoming all of his unjust bans! 🇵🇪🙌#AUSPER #VamosPeru #FuerzaPaolo #PER pic.twitter.com/PsnZovFEaT

The margin of victory could even have been wider, but Christian Cueva’s effort was denied by the upright.

Australia kept plugging away, and introduced veteran star Tim Cahill in the 53rd minute in a bid to revive their fortunes.

It was Cahill’s first appearance in the tournament for the Socceroos, but he was unable to find the net for a fourth consecutive World Cup finals as Australia struck out in their final game of the tournament.

Both Australia and Peru will go home early, but will do so with memories to cherish. But ultimately, they couldn’t quite mount a strong enough challenge to the two European sides in the group as France and Denmark marched on to the second round.