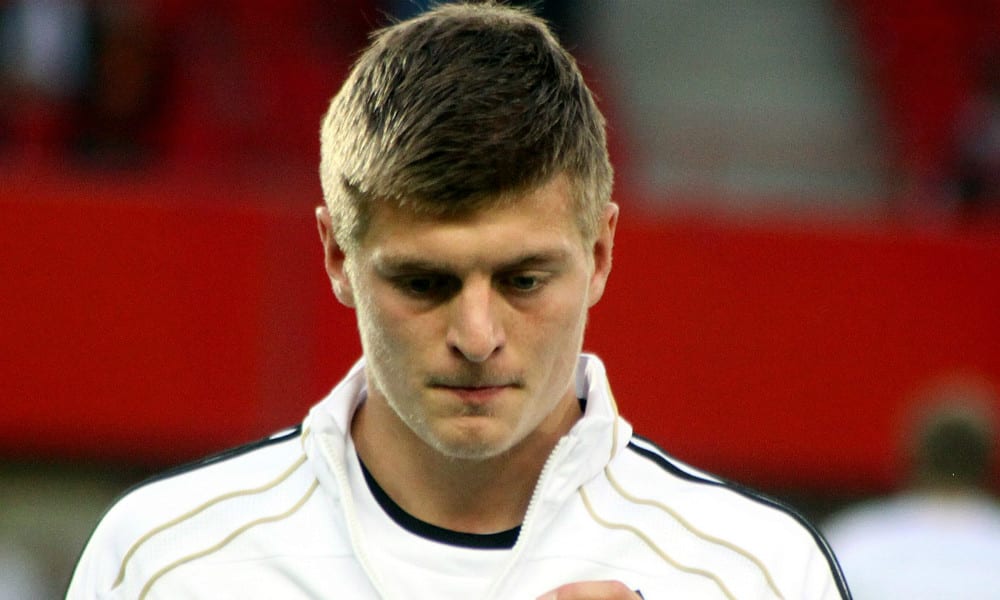 Germany’s future in the 2018 World Cup looked to be hanging from a thread going into stoppage time of their Group F game with Sweden, but Toni Kroos produced a moment of magic to give them a fighting chance of progression.

Sweden slowly worked their way into the game, and had strong calls for a penalty waved away by the referee after Marcus Berg appeared to have been tripped by Jerome Boateng as he was shaping to shoot.

But Sweden made no mistake with their next chance, as Ola Toivonen found space between the German centre-backs and lifted a superb finish over Manuel Neuer and into the far corner of the net to give Sweden a dramatic lead.

Germany pressed forward again in search of a first-half equaliser, but found Swedish keeper Robin Olsen in fine form, as he made a superb double-save to deny Thomas Mueller an equaliser.

And a disastrous first half for Germany could have ended up even worse had Neuer not pulled off a world-class save to deny Marcus Berg’s superb goal-bound header.

Germany threw on Mario Gomez up front for the second half and came out flying. Marco Reus kneed Timo Werner’s cross just two minutes after the break, and Mueller’s near-post header from a set-piece header very nearly made it 2-1.

Sweden’s defence continued to creak as Germany pushed forward, and Andreas Granqvist very nearly scored an own goal when his attempt to cut out a low cross ended up heading towards his own net. Thankfully for him, and for Sweden, the ball deflected off goalkeeper Olsen and away from danger.

With 10 minutes to go, Boateng was handed his marching orders after picking up a second yellow card for a tackle from behind on Berg. Initially, it looked as if the German defender had avoided punishment, but the referee belatedly produced his card and ordered the German centre-back off the field.

Despite being down to 10 men Germany continued to push for a winner, and Olsen had to be at his best to deny Gomez’s powerful header with three minutes left on the clock.

Substitute Julian Brandt came on with three minutes to go, and very nearly won it for Germany with a rocket of a half-volley that came crashing back off the base of the post.

Then, after a needless free-kick was given away by substitute Jimmy Durmaz wide on the left flank, it looked as if the Germans would toss the ball into the box in a bid to grab a last-gasp equaliser.

But Kroos had other ideas and, after initially touching the ball to Reus, he hit an unerring, swerving drive into the far corner of the net to spark wild celebrations as Germany snatched an absolutely priceless victory in the final 20 seconds of the match.

30 seconds remaining to save your World Cup… up steps Toni Kroos. The rest as they say, is history. What a moment. pic.twitter.com/2v2mDwYT3g

Now Germany know they have a great chance of progression heading into the final match of the group stages. The Germans will face South Korea, who haven’t earned a single point so far in the tournament, while Sweden will take on group leaders Mexico.