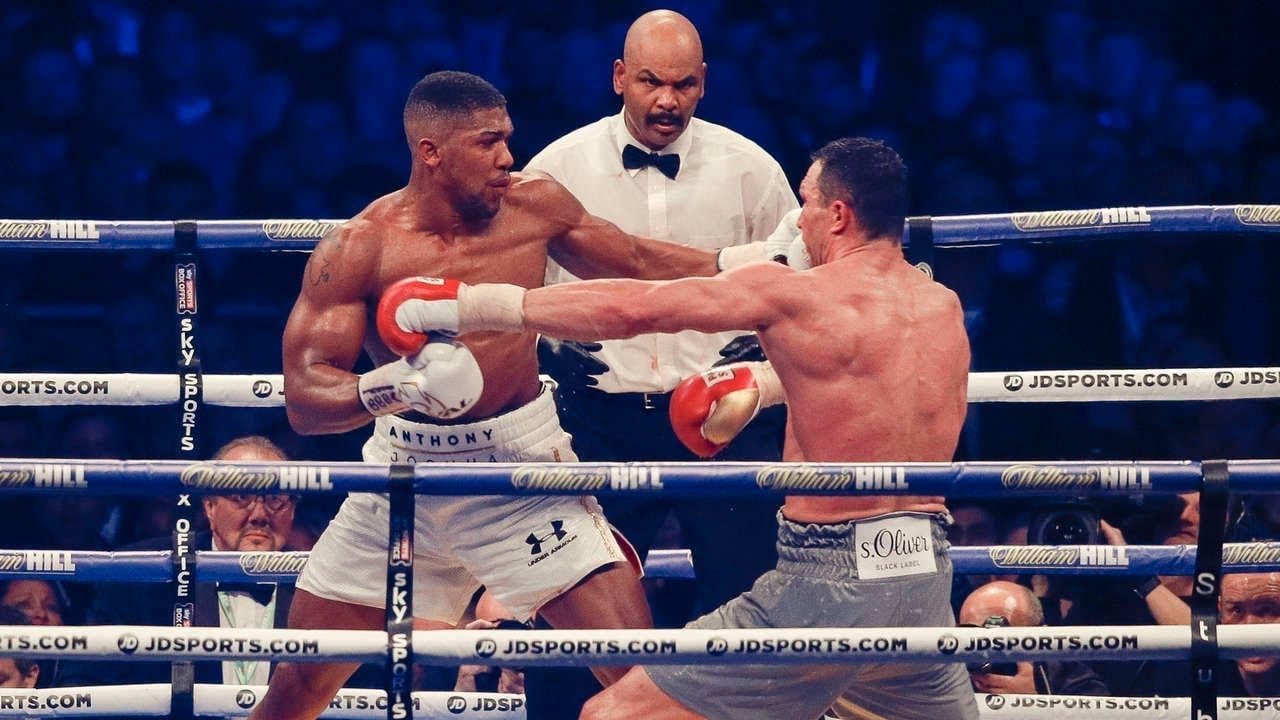 This Saturday night, boxing heavyweight champion Anthony Joshua will return to the ring to defend his title against Carlos Takam.

Takam will be a short-notice replacement for Kubrat Pulev, who was forced out of the contest with an injury. Joshua and Takam will face off at the Principality Stadium in Cardiff, Wales with an estimated 80,000 fans in attendance. Both of Joshua’s WBA and IBF titles will be on the line.

To get yourself in the mood for some heavyweight boxing action, you can re-live the 11 round epic Joshua had in April of this year against the iconic Wladimir Klitschko. A back and forth clash that entertained millions around the world, it’s certainly a contest worth rewatching.

If you don’t have time to sit and watch the whole thing, some of the highlights take place at the following time (courtesy of BloodyElbow’s Mookie Alexander):

Note: The above video may be regionally locked. Find below a highlight compilation that contains the British commentary.