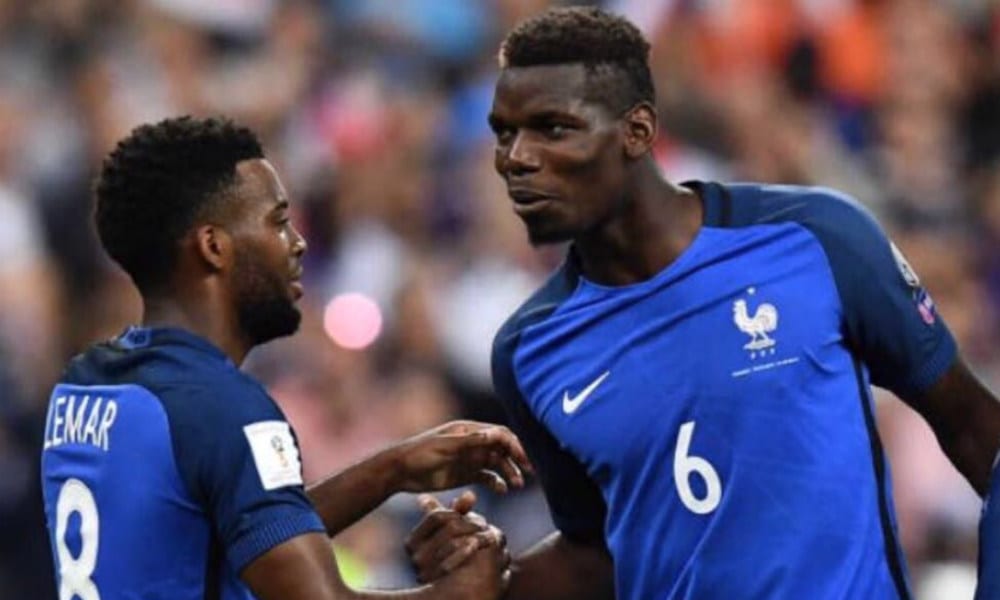 A second-half with two spot-kicks kicked off World Cup Group C – and also kicked off the debate over the use VAR video replay – after France defeated Australia 2-1 in Kazan.

France started fast and threatened to blow away the Australians in the early going as they created a host of chances. But they weren’t able to make the breakthrough during their dominant early spell, and gradually the Socceroos began to play their way into the game.

And as the first half progressed, the early cheers from the stands were replaced by jeers, as Australia effectively stifled and frustrated France, who couldn’t play their way through the stubborn Socceroos defence.

But the game picked up considerably in the second half when a controversial incident gifted the French the lead.

Antoine Griezmann burst into the box and went to ground under a challenge from Josh Risdon. Initially the referee waved away penalty appeals, but later opted to review the incident on the touchline using the newly-introduced VAR video replay facility.

And, despite one angle clearly showing that Risdon got his toe to the ball first, the official deemed the challenge worthy of a penalty kick and pointed to the spot, sparking the first major VAR controversy of the tournament.

Griezmann smashed home the spot-kick, but France’s euphoria lasted just four minutes, when a moment of madness from defender Samuel Umtiti gifted a penalty to Australia.

Inexplicably, the Barcelona centre-half handled a deep Australian cross, gifting the Socceroos a penalty and offering them the chance to draw level, which they duly did, thanks to skipper Mile Jedinak’s calmly rolled finish.

Australia seemed to be in the ascendancy, with France struggling to mount anything cohesive going forward, but with 10 minutes to go Les Bleus found their matchwinning moment, thanks to Manchester United’s Paul Pogba.

The rangy midfielder burst into the Australian penalty area and lifted a deflected finish over the goalkeeper and off the underside of the crossbar.

2 – Paul Pogba has scored 2 goals with his last 3 shots with France in the World Cup (v Nigeria in 2014 & today), while he has failed to find the net with his first 9. Pogboum. #FRAAUS #WorldCup pic.twitter.com/7KuvWblZuk

The referee gave the goal instantly, and video replays confirmed the ball had indeed bounced over the goal line. It gave France a priceless victory in a match where they struggled for long spells.

Now, with three points in the bag, Didier Deschamps’ side will be looking for a more fluid performance in their second group game, when they face Peru on Thursday.

But not without a little luck and controversy! 😬@ConorMcNamaraIE and @DionDublinsDube look back on #FRAAUS