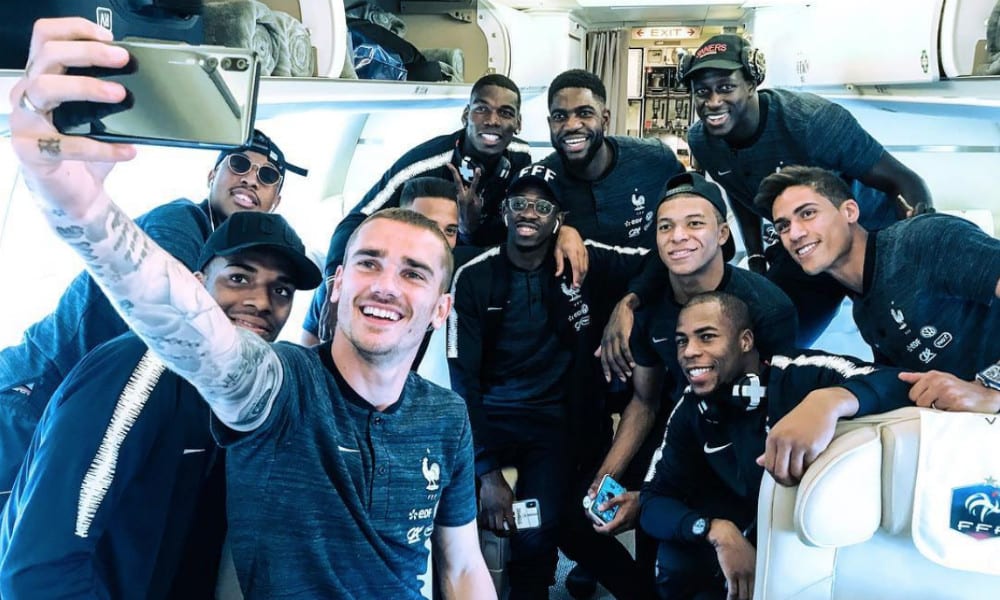 Teenage hitman Kylian Mbappe was the matchwinner as France secured their berth in the second round of the World Cup with victory over Peru.

Peru came flying out of the traps, closing down the French midfielders, snapping into challenges, and even trying the audacious – Cueva’s cheeky attempt to lob Hugo Lloris from the half-way line brought huge gasps from the very pro-Peru crowd inside the Central Stadium in Ekaterinburg.

In a first half played at a breakneck pace, Peru looked to pressure the French at every turn, and nearly took the lead on the half-hour mark when their captain and leading goalscorer Paolo Guerrero turned smartly in the penalty area, but his snap shot was well saved by Lloris.

Just two minutes later France nearly made the breakthrough after 19-year-old striker Mbappe attempted an audacious back-heel volley while backpedalling into the penalty area, but the young French striker was unable to make the required connection to beat Pedro Gallese in the Peruvian goal.

But the French number 10 made no mistake just seconds later when he put Les Bleus ahead.

Paul Pogba fed Olivier Giroud’s effort at goal was deflected up and across goal, straight into the path of the onrushing Mbappe, who tapped home to become the youngest ever goalscorer in French World Cup history.

Giroud has his shot saved but Mbappé isn't missing from there. France lead! #FRA #PER pic.twitter.com/RyUNznSNWR

Peru came out flying at the start of the second half, and Pedro Aquino’s swerving 25-yard piledriver came cannoning back off the post with Lloris well beaten.

But despite the raucous and passionate support of their fans from the stands, Peru were unable to make the breakthrough they so desperately needed, and as a result they’ll go out of the tournament at the group stage.

France, meanwhile, face Denmark in their final group game looking to seal top spot in the group and a more favourable draw in the second round.

With that result, France march on to the Round of 16 while Peru are eliminated. #FRA #PER pic.twitter.com/yFCwWV2pAy