Last time Fabricio Werdum was on his way to the Octagon, he was… 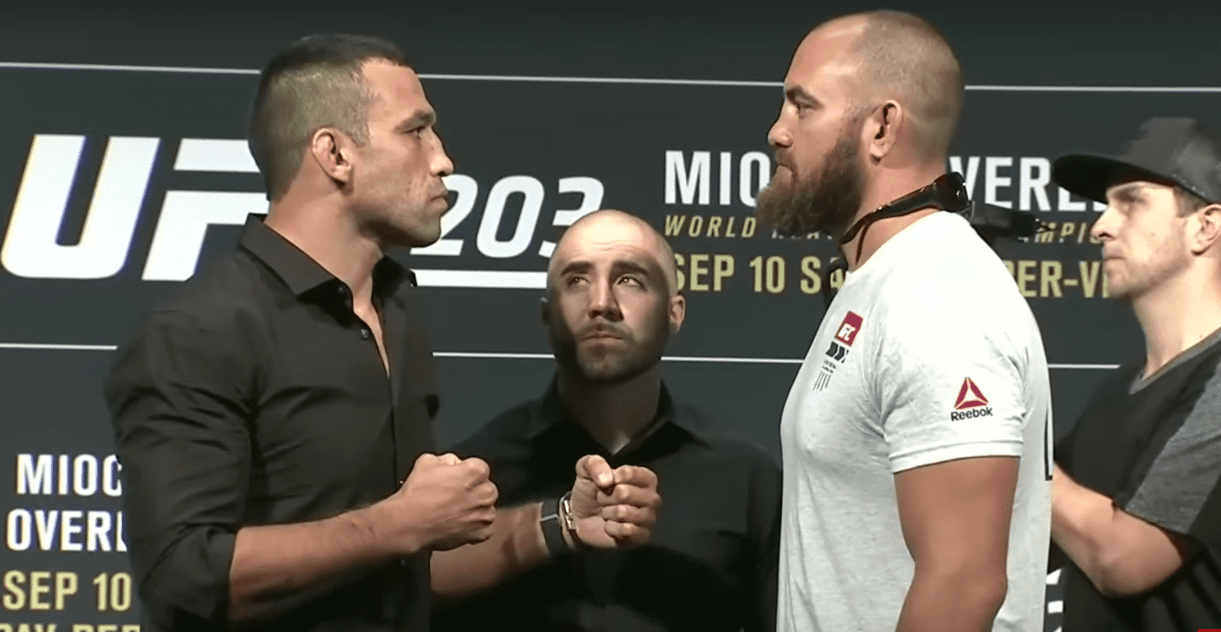 Last time Fabricio Werdum was on his way to the Octagon, he was all smiles. This time around, things seem to be slightly different for the former champion.

In the lead up to UFC 198 back in May, Werdum (then the heavyweight champion of the world) was consistently joyous throughout fight week, joking with fans and reporters alike and even bringing boxes full of his own face masks to hand out.

At the UFC 203 Pre-Fight press conference today, Werdum seemed a much more focused fighter. Making it clear he wanted nothing more than a title fight, he revealed it was no coincidence he was fighting on the same night as his old belt was being defended.

“This is my strategy you know,” Werdum said. “When I asked the UFC, I wanna fight the same card as Stipe Miocic. This is my plan, it’s a very close fight, the same date.”

“This is my plan, this is my strategy. After the fight I’m just [going to] sit very close to the Octagon and watch my next opponent. This is my idea.”

Indeed, by the end of the conference, Werdum seemed irritable, telling those in attendance they were allowed to ask two more questions, before motioning at Dave Sholler to end proceedings and pointing at his watch.

While Werdum seems focused on a title shot with a win over Browne, it’s by no means a guarantee. When former champion Cain Velasquez made his return from injury at UFC 200, he did so with an emphatic performance (over Browne, incidentally) that seemed to put his name back in the mix.

Watch the UFC 203 Faceoffs below: