Fabricio Werdum and Travis Browne went three rounds at UFC 203, but it… 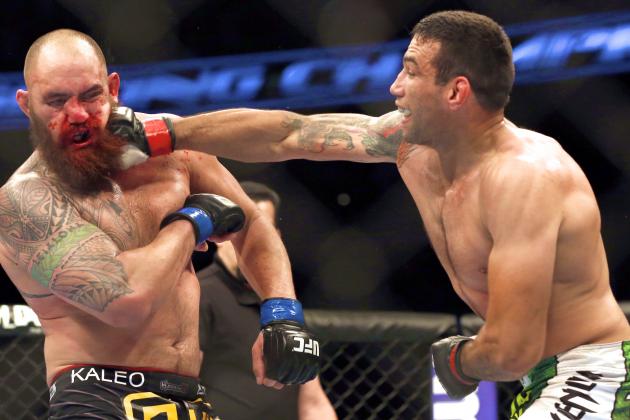 Fabricio Werdum and Travis Browne went three rounds at UFC 203, but it seemed fifteen minutes wasn’t enough to shirk any animosity between the two.

With a heated stare down taking place at the pre-fight press conference, it was no surprise the fight was a heated affair. At one point, Browne bizarrely stopped fighting to complain of a broken finger, something which almost certainly qualifies as a verbal submission. Instead, he was allowed to continue to the fights conclusion; a decision victory for Werdum.

No word on if any of the parties involved will receive any punishment.
Watch the post-fight scuffle below: