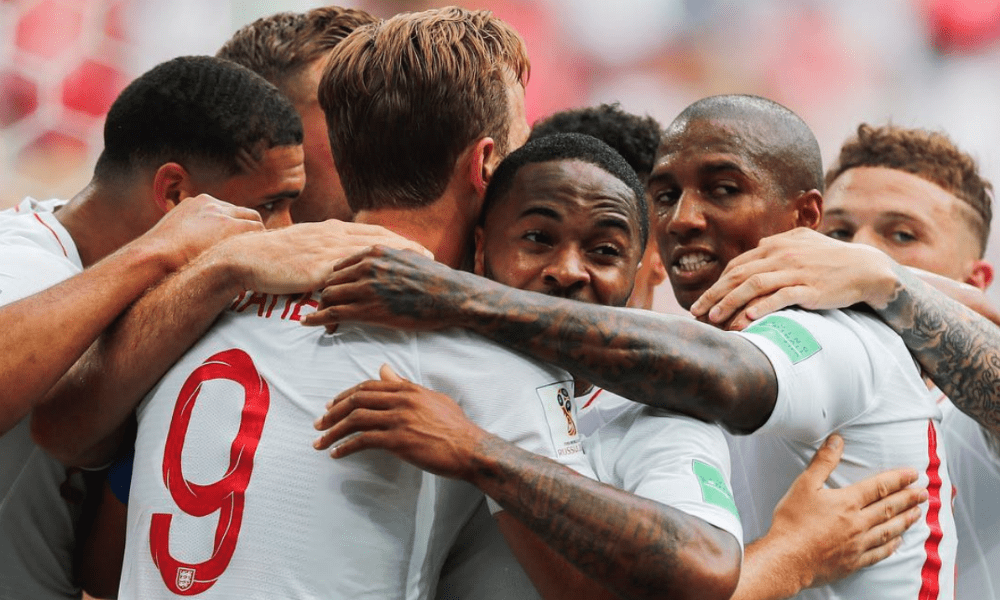 Harry Kane followed up his last-minute heroics against Tunisia with a hat-trick against Panama as England turned in an irresistible first-half performance in Nizhny Novgorod.

A lively start to the game saw Panama waste a good early break, while England had to keep their composure under some strongarm tactics from the Panama defence.

England’s Jesse Lingard was elbowed in the face in the penalty area, but the referee adjudged him to be at fault, while the official also gave a couple of stern warnings to the Panama defence for holding at set-pieces.

And it was after one such set-piece that England made the crucial early breakthrough.

Kieran Trippier’s corner was met by John Stones, who headed the ball home from 10 yards out to give the Three Lions the early lead.

The dangerous Edgar Barcenas was a constant threat down the right flank for Panama, and he swerved a well-struck effort just wide of Jordan Pickford’s right-hand post as the Central Americans looked to push forward.

But it was England who struck again in the 20th minute, after Lingard got in behind the Panama defence and was brought down just as he was about to shoot.

And England skipper Kane, who netted twice against Tunisia in England’s opening group game, slammed the spot-kick into the top corner with a ferocious effort to double England’s lead.

England were purring, and 10 minutes from halftime Lingard made it three with one of the best goals of the tournament so far.

The Manchester United midfielder collected the ball deep in midfield and swapped passes with Raheem Sterling before curling a beautiful 25-yard effort into the top corner to put the travelling England fans into full-on party mode.

And a rampant England made it four with a well-worked free-kick routine. Trippier’s delivery was headed across goal by Kane for Sterling, whose goalbound effort was well saved by Penedo. But the ball dropped perfectly for Stones, who nodded home his second goal of the day.

It got even better for England in an astonishing first half when Harry Kane was blatantly held in the penalty area, drawing another clear penalty decision from the referee.

Kane stepped up again and smashed his spot-kick into the same top corner as his first as England went into the dressing room 5-0 to the good after a scintillating half of football.

England took their collective foot off the pedal in the second half as the pace dropped markedly, but there was still time for a landmark moment for England’s captain.

Kane completed his hat-trick on the hour mark through rather fortunate means as Ruben Loftus-Cheek’s shot clipped the England skipper’s heel and flew past Penedo in the Panama goal.

After being well beaten by England, there was a moment the Panama fans would cherish as, on the 76-minute mark, Felipe Baloy slid in to convert a free-kick and give Panama their first-ever goal in a World Cup finals tournament.

It prompted scenes of celebration from the Panama fans, who joined with the already jubilant England fans in a huge party in the stands as the game came to a close.

England’s spectacular victory means they sit at the top of Group G on the fair play rule, tied on goals and goal difference with Belgium. And Gareth Southgate’s men will take on Roberto Martinez’s Belgium side in the final game of the group, with the top spot in the group at stake.