Deontay Wilder: ‘It’s legal’ to kill a man in boxing ‘so why not use my right to do so?’
Press enter to begin your search
Sports

Deontay Wilder: ‘It’s legal’ to kill a man in boxing ‘so why not use my right to do so?’

Deontay Wilder had some harsh words for his opponent this weekend, Dominic Breazale. 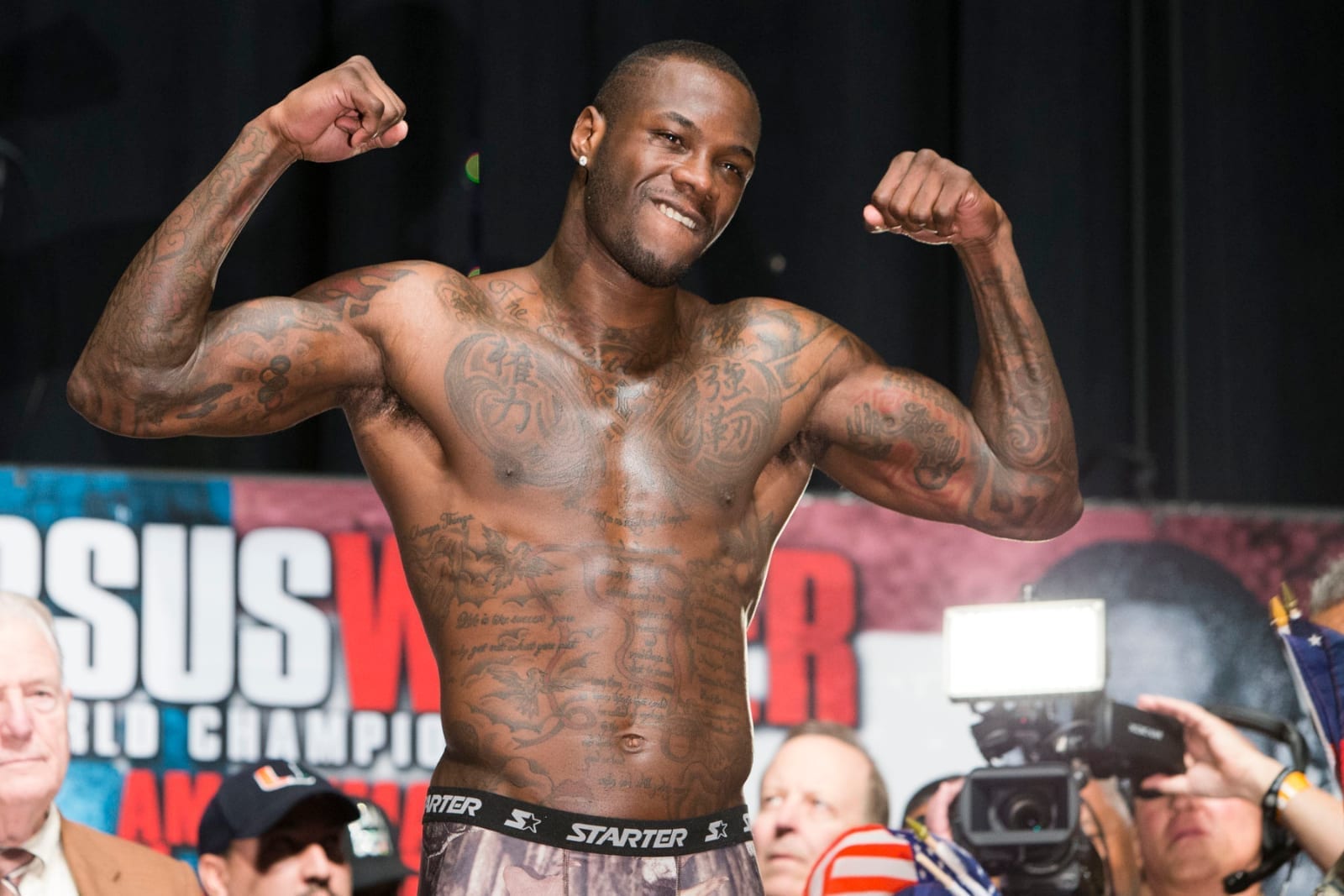 Deontay Wilder defends his WBC heavyweight title against Dominic Breazeale this weekend and in a bout in which he says there is some bad blood, the champion claims he is “still looking to get me a body on my record.”

Breazeale, whose sole loss came in a 2016 bout with Anthony Joshua, is the heavy underdog against Wilder who fights for the first time since a hugely entertaining December draw with Tyson Fury. A highly lucrative rematch between the pair has been mooted, though their separate deals with two different American broadcaster has inserted a significant wrench in those plans — for now, at least.

Wilder, though, intends to get back into the win column after the failing to come out on top in the match with Fury and says that any path to victory is a virtuous one when it comes to boxing.

Deontay Wilder on wanting to kill an opponent: “This is the only sport where you can kill a man and get paid for it at the same time…so why not use my right to do so?” #WilderBreazeale pic.twitter.com/Li5bcSdHEn

“And if you can ask any doctor in the world, he’ll tell you the head is not meant to be hit. Anybody can go, and in this particular time we have bad blood against each other,” Wilder said.

“This is the only sport where you can kill a man and get paid for it at the same time. It’s legal, so why not use my right to do so?” he said. “His life is on the line for this fight and I do mean his life. I’m still trying to get me a body on my record.”

“I’m super upset,” he said to CBS Sports via Bloody Elbow. “You never want to hear an individual — and I don’t care what sport it is but especially in the sport of boxing — who has the ability to put someone else in a bad state of mind or hurt them physically (talk like that). I don’t think he understands what he’s saying. He’s just not all there, if that makes sense.

“Both he and I have knocked out individuals with shots where I am like, ‘Oh God, I hope he is going to be OK from this.’ But that’s just my ring gentleman-ship and having a care for life,” he said.

“There is no way you can get behind a heavyweight champ who wants to put harm on another individual or take another man’s life or put them in a coma. That just doesn’t make any sense and that’s not the barbaric state of mind that any champion should be in.”