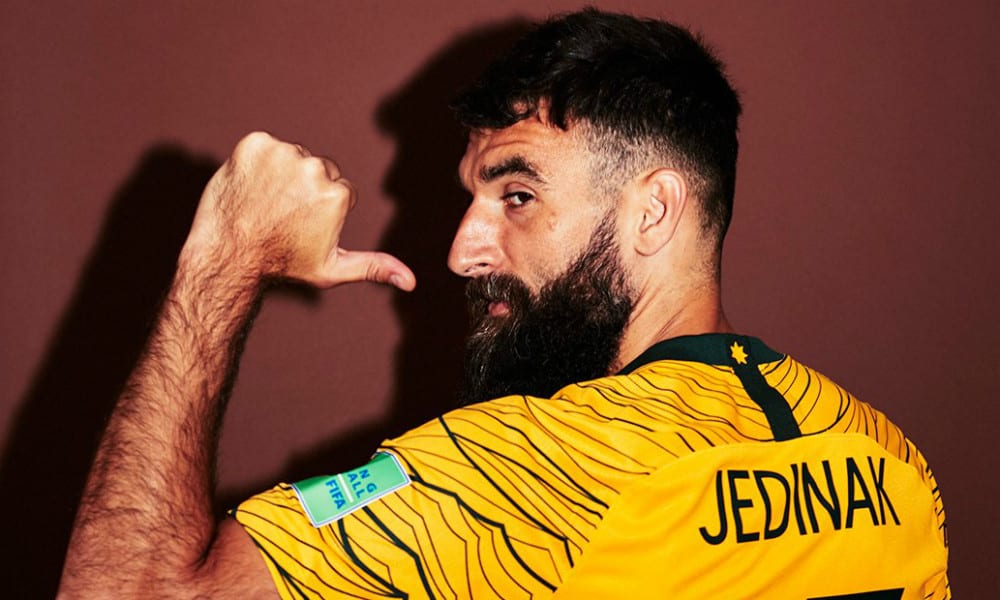 Over the course of the 90 minutes Australia probably shaded the game, thanks to a dominant second half, but the Socceroos were unable to register a goal from open play. In the end, it was a controversial penalty that gave them a 1-1 draw after Denmark took the lead with one of the goals of the tournament.

Christian Eriksen had a hand in 17 goals in his last 14 appearances for Denmark heading into the match, and he extended that record to 18 in 15 (14 goals, five assists) after just six minutes with an exquisite volley, finishing off after a delightful flick from striker Nicolai Jorgensen.

Well, that was fast. Christian Eriksen scores a fantastic strike to take an early lead for Denmark over Australia. #DEN #AUS pic.twitter.com/6shFRkoB3D

Australia bounced back well from their early setback, with winger Mathew Leckie particularly impressive, as the Socceroos looked to find an equaliser before the break.

And they were gifted the chance of an equaliser on 37 minutes when Denmark’s Yussef Poulsen was adjudged to have handled a ball in the box after a VAR review.

The footage showed the ball hitting Poulsen’s hand, but it certainly appeared to be incidental and certainly not deliberate. But nonetheless, the referee pointed to the spot and issued Poulsen with a yellow card for his trouble.

After VAR was consulted it was determined that Denmark's Poulsen had handled the ball in the box so Australia's Jedinak steps up and makes no mistake. Tie game! #DEN #AUS pic.twitter.com/auiDdkNMoj

Australia piled on the pressure in the second half as the Socceroos penned Denmark back in their own half for long spells. Leckie and Tom Rogic were prominent in their involvement as they buzzed around outside the Danish box, but they weren’t able to seriously test Schmeichel in the Denmark goal until the final 20 minutes of the game.

Aaron Mooy’s long-range rocket fizzed agonisingly over with the Danish stopper seemingly beaten, while Rogic’s swerving effort was well gathered by Schmeichel as Australia continued to push for the win in the latter stages of the match.

Australia threw on big striker Tomi Juric and 19-year-old hotshot Daniel Arzani in a bid to grab a late winner but Denmark held firm to take their points tally in the group to four and put themselves in a great position to qualify for the knockout stages.

Australia, meanwhile, were left to celebrate their good fortune as their fans chanted “V.A.R! V.A.R!”