“It’s coming home!”: Go behind the scenes at the British Speedway Grand Prix
Press enter to begin your search
Sports

“It’s coming home!”: Go behind the scenes at the British Speedway Grand Prix

More than 40,000 fans packed the stands in Cardiff for the British Speedway Grand Prix. Check out the highlights here 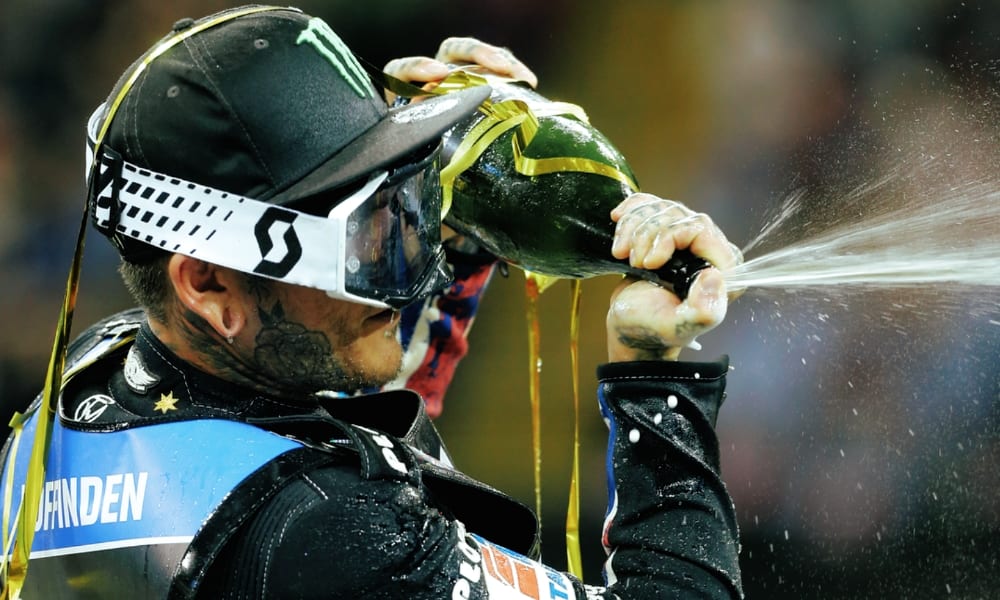 British speedway star Tai Woffinden wowed the crowd in Cardiff as he extended his lead in the Speedway Grand Prix World Championship.

Around 40,000 people packed the stands at the Principality Stadium for the British Grand Prix, and the air horns were blaring and the crowd was cheering from start to finish on a spectacular night in Wales.

Sports stars including Welsh rugby union star George North and Scott Williams and Australian former F1 ace Mark Webber were in attendance for the event, which was won by Poland’s Bartosz Zmarzlik.

British two-time world champion Tai Woffinden finished in second place as he extended his lead in the world championship standings to 20 points after a brilliant display in front of his home fans.

Despite his superb performance, Woffinden apologised to the British crowd for not giving them the British GP winner they’d hoped for.

But he also vowed to bring the Speedway world title back home to Britain.

“Sorry I didn’t win it, guys,” he told the crowd after the final.

“This is just a stepping stone on the way to being world champion and I extended my points lead.

What a night pulled a 20 point lead in the championship! Thank you cardiff! British GP always amazing 🤘🏽

“The football boys couldn’t do it, but I’m gonna bring it home.

Watch the highlights from a spectacular event in Cardiff in this superb recap, courtesy of BT Sport.