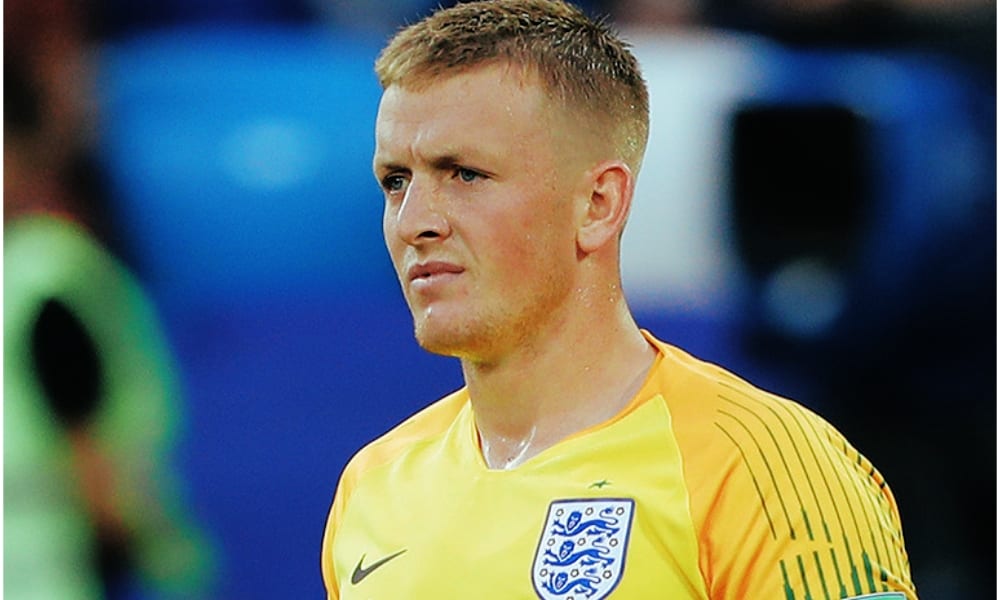 England made it through to the quarter-finals of the World Cup after their dramatic second-round clash with Colombia went all the way through to extra time and penalties.

Both sides started looking to attack, with Colombia pressing the England defence, and England looking to push the South Americans back in the early stages.

The first half-chance of the game came on the 16-minute mark when Kieran Trippier’s deep cross was met by a stretching Harry Kane, but the England captain’s header dropped onto the roof of the net.

England created the more chances in the opening half, most notably from set-pieces, but were unable to make the first-half breakthrough in a period that threatened to descend into chaos before a Trippier free-kick, when defender Wilmar Barrios appeared to headbutt Jordan Henderson as the wall was being lined up.

Remarkably, despite the incident being viewed by the VAR officials, the Colombian defender was only punished with a yellow card.

Yellow card for a headbutt. You have to be kidding.

Trippier’s free-kick flew narrowly wide, and Jesse Lingard volleyed over just before the break as the teams went in at halftime goalless.

The second half continued where the first left off, with niggly play between both sides. And referee Mark Geiger finally took action from an England corner, when Carlos Sanchez piggy-backed Harry Kane to the floor in the box.

After an interminable wait while the Colombian players remonstrated with the referee, the penalty could finally be taken, and Kane fired down the middle to put England 1-0 ahead.

With referee Geiger struggling to keep control of the game, the tension levels ratcheted up a few notches as Colombia desperately tried to get themselves back into the game.

And they were handed a gilt-edged opportunity when Kyle Walker was caught in possession and Juan Cuadrado blazed over the bar with options in the box.

But then, deep in stoppage time, a snap shot from 30-yards by substitute Uribe forced Jordan Pickford into a spectacular flying save. And from the resulting corner Yerry Mina rose above Harry Maguire to head down and over Trippier on the post to snatch a last-gasp equaliser as the pro-Colombian stadium erupted with joy.

And after a dramatic period of extra time that saw Colombia dominate the first half and England the second, the match went to the gut-wrenching finale of a penalty shoot-out.

Jordan Henderson was the first to miss, as David Ospina saved his spot-kick low down to his left, bringing the ghosts of past penalty shoot-outs back into the minds of England’s fans and players once again. But when Mateus Uribe smashed his penalty against the crossbar with the very next kick, England breathed a sigh of relief.

And, after Pickford brilliantly saved Carlos Bacca’s spot-kick, substitute Eric Dier stepped up and slotted into the bottom corner to lift England’s World Cup shoot-out curse and send the Three Lions through to the quarter-finals, where they’ll meet Sweden in Samara on Saturday.

Jordan Pickford came up with a huge save to deny Carlos Bacca, which set up Eric Dier to score the winning penalty for #England against #Colombia.#COLENG #COL #ENG pic.twitter.com/5lE6FMFwx6

If Jordan Pickford’s left hand touched Brexit, it would be sorted #ENGCOL pic.twitter.com/WFBENzKSNY