‘She can do it all’: Katie Taylor shows off football skills with keepie-uppie challenge (VIDEO)
Press enter to begin your search
EntertainmentSports

‘She can do it all’: Katie Taylor shows off football skills with keepie-uppie challenge (VIDEO)

Most of us have a little bit more time on our hands nowadays. Here’s what Katie Taylor has been doing to pass the time. 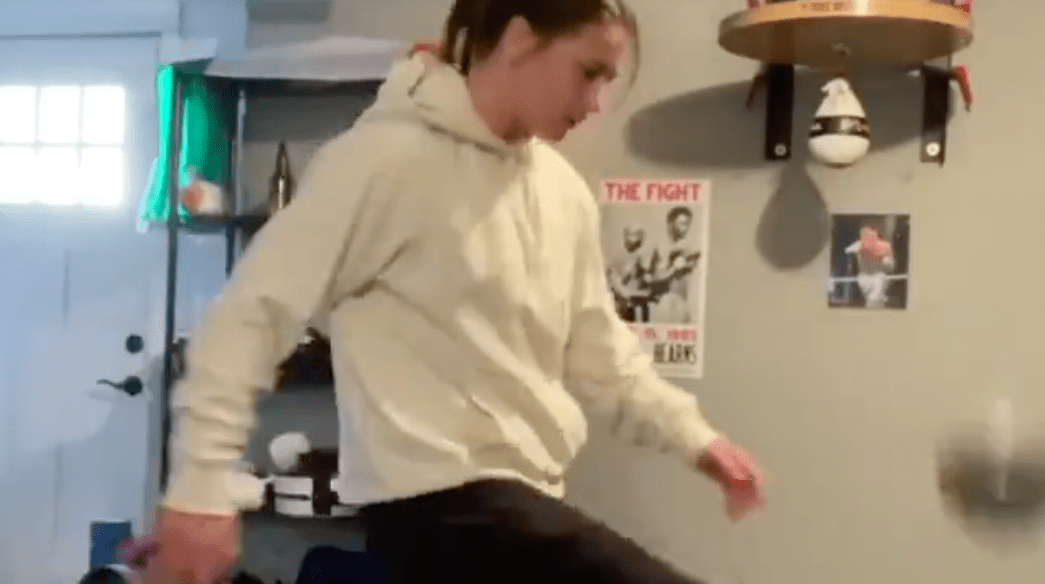 The coronavirus pandemic has left most of us with a few gaps to fill in our free time, given that even venturing outside of the house is being recommended against by public health officials.

Many of us have had to creative when it comes to alleviating the boredom which can come with being indoors for an extended period of time and while you can pound out your Netflix recommendations or play another video game, there are some (slightly) more athletic challenges you can do.

Odds are you have already seen the numerous toilet paper solo challenge videos traversing the internet — but in Katie Taylor’s case, she has gone back to her roots and posted a video of herself completing several ‘keepie-uppies’ online.

Katie Taylor can do it all 💯

Ireland’s Taylor is, of course, the undisputed lightweight champion of the world and is due to face what could be her toughest bout to date when she takes on Amanda Serrano later this year (though, as with all other sporting events, it remains to be seen if this will be held as planned) and while taking a break from her training, she went back to her spell as a footballer where she represented the likes of St. James’ Gate and Peamount United.

In addition to that, Taylor also represented the Ireland international women’s team on eleven occasions and scored two goals in the process.

Taylor last fought in November where she earned a decision win against Christina Linardatou in Manchester.