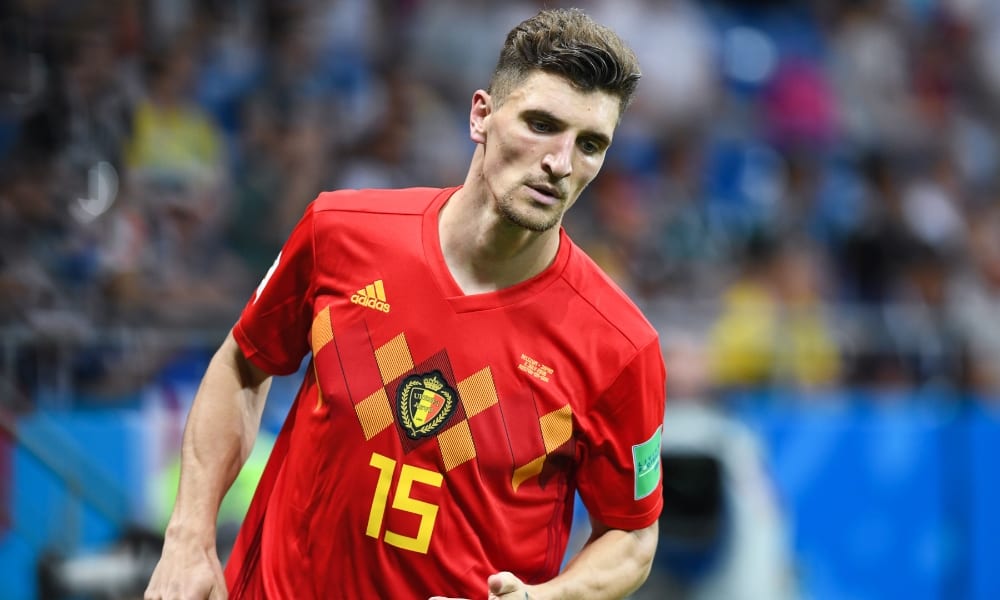 Belgium completed a win-double over England in Russia to claim victory in their 3rd/4th Place Playoff match.

Belgium made the perfect start and took the lead in the fourth minute with their very first effort on goal. A superb pass from Eden Hazard set Nacer Chadli free down the left flank and he crossed perfectly for Thomas Meunier, who ghosted in at the back post to slide home the opening goal of the game.

Belgium looked dangerous and England looked shaky as Gareth Southgate’s man struggled to get a foothold in the game against a pacy, lively Belgian side with Ruben Loftus-Cheek’s flicked header the best the Three Lions could muster in the opening quarter of an hour.

England should have levelled after 23 minutes when a superb deep pass from Eric Dier found Raheem Sterling, who teed up Harry Kane, but the England skipper scuffed his shot wide.

The game continued in a consistent pattern – England dominating possession but passing in front of the Belgian defence, and Belgium attacking incisively and with pace. Toby Alderweireld volleyed over from a corner and Hazard had a shot blocked as the Red Devils continued to threaten the English goal.

Southgate rang the changes at halftime, bringing on Jesse Lingard and Marcus Rashford for Danny Rose and Raheem Sterling as the England boss looked to liven up his side’s attack, and the side immediately looked more threatening going forward, with Lingard’s volleyed cross-shot just evading Kane’s outstretched boot.

And England should have been level on 69 minutes when Dier broke into the penalty area only to see his dinked effort over Thibault Courtois cleared off the line by Alderweireld.

Dier saw another half-chance go wide as his flicked header from a Lingard cross dropped the wrong side of the post, but England were enjoying their best spell of the game, pinning Belgium back into their own penalty area and creating chances, both from open play and from set pieces.

But the Red Devils were still a threat on the counter-attack, and England keeper Jordan Pickford had to be at his best to deny Meunier’s powerful volley after a sweeping end-to-end move.

And Belgium put the game to bed with nine minutes remaining as Hazard burst into the box and slotted expertly into the bottom corner.

It ended the tournament for two sides who had excellent campaigns in different ways.

Belgium showed that, after years of underachievement, they finally have a world-class side that can deliver on the big stage.

And for England, it was the start of an exciting new era under Southgate as he looks to develop his young team heading into the European Championships in two years’ time.