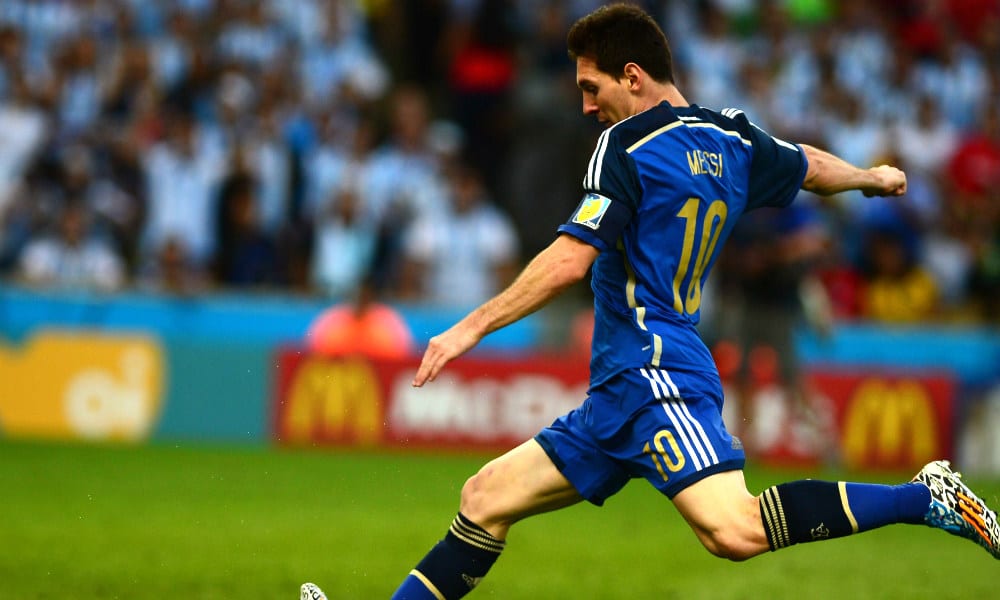 Lionel Messi and Argentina had a World Cup opening game to forget as they were held to a 1-1 draw by a dogged Iceland side in Moscow.

Argentina started as they hoped to continue, dominating possession and forcing the Icelandic defence to drop deep in the early stages.

And the Group D favourites made the breakthrough on the 19 minute mark, as Manchester City hitman Sergio Aguero turned brilliantly to fire high into the top corner from 12 yards.

But any thoughts of the South Americans running riot were quashed just four minutes later when Iceland equalised.

The Vikings piled players forward on the counter-attack and, after some indecisive goalkeeping and hesitant defending in the Argentinian box, Alfred Finnbogason fired home a loose ball from close range to draw the World Cup debutants level.

23 – Alfred Finnbogason's goal (22:49) was the earliest scored for a nation playing in their first World Cup game since Rashidi Yekini scored after 21 minutes for Nigeria vs Bulgaria on June 21st 1994. Impact.#ARGISL #ISL #NGA #WorldCup pic.twitter.com/8zO7ycQgPr

Despite having only 26% of the ball in the first half, Iceland actually had the better chances, and they went into the second half looking to put more pressure on a shaky-looking Argentinian defence.

But Argentina dominated possession again and, just after the hour mark, the South American superstars were handed a golden opportunity from the spot after Magnusson was adjudged to have brought down Aguero.

Messi stepped up, but his spot-kick was brilliantly saved by the flying Halldórsson.

Argentina continued to press, as Iceland established a well-drilled rearguard action, throwing defenders in front of the ball and, through their in-form goalkeeper, producing crucial saves to keep them in the game.

Even the introductions of Cristian Pavon and Gonzalo Higuain were in vain, as Iceland denied Argentina the space to play in what ended up looking like a glorified game of defence versus attack.

And, after safely negotiating the final waves of Argentinian pressure during five minutes of stoppage time, it was Iceland who were celebrating at the final whistle as they secured a point in their first-ever game in a World Cup tournament.