A week out from UFC 205, Donald Cerrone already targeting one more fight this year
Press enter to begin your search
MMASports

A week out from UFC 205, Donald Cerrone already targeting one more fight this year 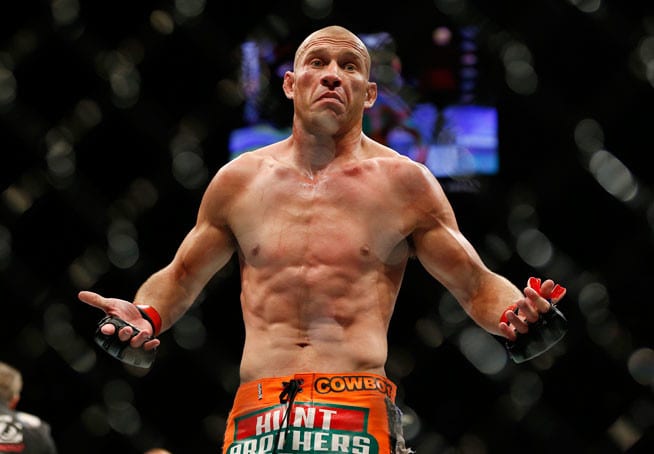 Donald Cerrone hasn’t even made it through his fight at 205 and is already targeting an opponent for UFC 207, writes Jason Sutcliffe.

Cerrone is set to fight Kelvin Gastelum at UFC 205 in New York, which is a little more than a week away and in typical Cerrone fashion he is already lobbying for a slot at UFC 207 against welterweight contender Demian Maia.

There aren’t many people in the welterweight division who are quick to call out Demian Maia. Maia is a killer and perhaps the best grappler in the sport, which is exactly why Cerrone is calling him out.

“He is just probably the guy to fight next for the title, right? I mean he is crushing everybody. I feel like a lot of those people get scared of people when they are good, I like it. So, bring that shit on,” Cerrone said. “I don’t know what he is doing but hopefully he’ll hear this interview and say that sounds like a great idea Cowboy I’ll fight you on Dec. 30.”