‘This is amazing for me’: Katie Taylor bids to become Ireland’s latest combat sports two-weight champ
Press enter to begin your search
BoxingSports

‘This is amazing for me’: Katie Taylor bids to become Ireland’s latest combat sports two-weight champ

Katie Taylor can write another chapter of her combat sports legacy this weekend. 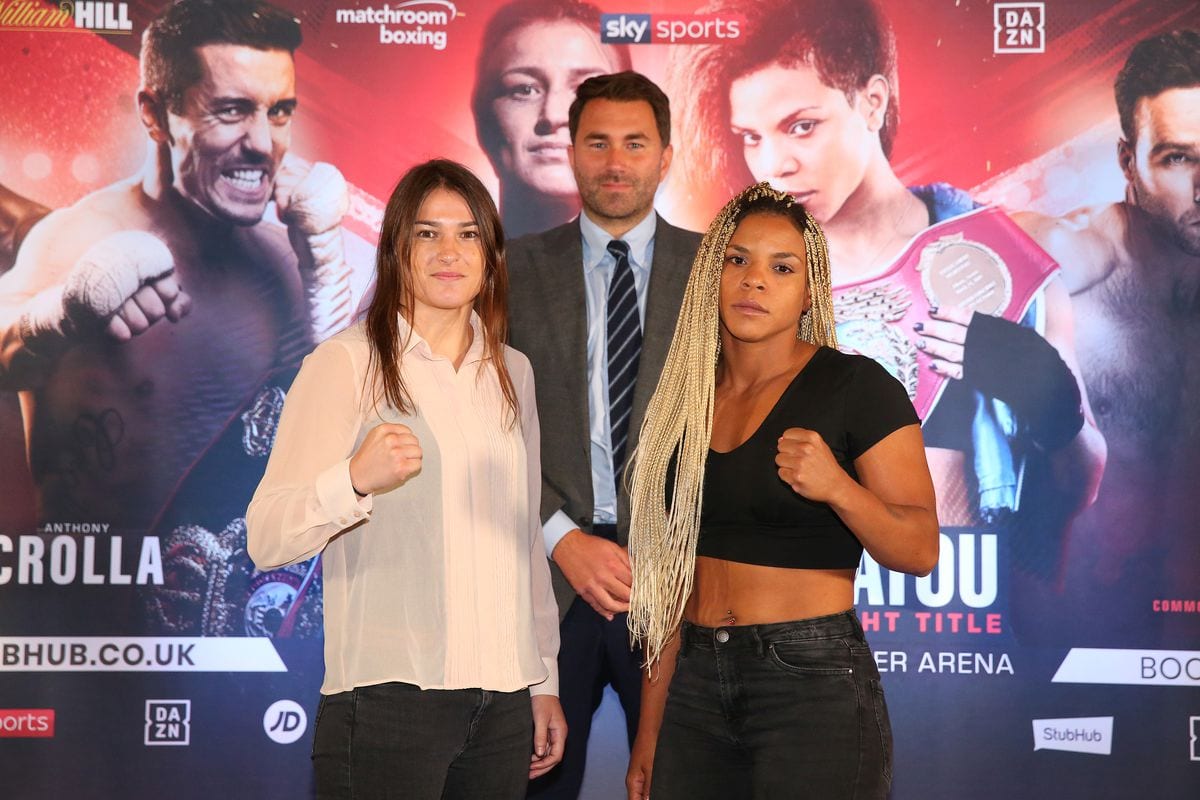 November 2 is a big day in the combat sports world.

In the mixed martial arts side of things, Madison Square Garden will host its fourth UFC event to be headlined by the ‘BMF’ title bout between Nate Diaz and Jorge Masvidal and in the boxing world Saul ‘Canelo’ Alvarez and Sergey Kovalev battle for pound-for-pound greatness.

But perhaps more interesting, to an Irish audience at least, is Katie Taylor’s bid to become the latest Irish fighter to become a two-weight world champion, mirroring the exploits of Steve Collins, Carl Frampton and Conor McGregor.

Taylor, undefeated as a professional, unified all of the major titles in the lightweight division when she beat Delphine Persoon by narrow decision in a fiercely competitive fight during the summer. Interestingly her opponent this weekend in Manchester, Greece’s Christina Linardatou, has experienced defeat just once in her career to date — against Persoon three years ago.

“I have a chance to become a two-weight world champion which is history-making for me,” Taylor said of this weekend’s fight to Off The Ball. “This is amazing for me to be in this position.”

Ireland has had a long history of success in fight sports but in spite of having recorded numerous world champions of the years, just two boxers (and one mixed martial artist) have secured titles in more than one weight class.

“I was told earlier that Steve Collins and Carl Frampton are the only two Irish boxers to win world titles at different weights,” Taylor explained. “This is a milestone moment in my career to be headlining a show in Manchester and I really hope that Irish fans travel to the fight.”

“It’s not going to be an easy fight, that’s for sure. I do feel like she’s the best 140-pounder out there at the moment. The two of us are definitely going to gel well. It’s going to make for a very exciting fight.”