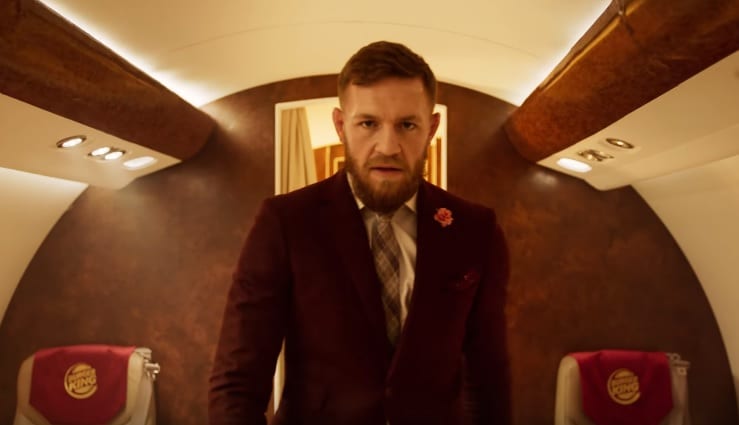 Burger King have released what is quite probably their first commercial to have a bleeped out curse word contained within it after featuring Conor McGregor is a new promo for their Spicy Crispy Chicken Sandwich range.

‘The Notorious’ is featured sampling the new sandwich from the comfort of a private jet in his own imitable style and in the company of the esteemed Burger King himself, later thanking his rivals for all the ‘trash talk’ which “just put Conor Jr. through college.”

Burger King is latest blue chip sponsor to attach themselves to McGregor, the largest draw in the history of mixed martial arts and crossover pop culture icon.

McGregor also has a range of sponsorship deals with the likes of Beats by Dre, Betsafe and Budweiser among others.

You can view the commercial in full below: