The two-weight world champion came face to face with the animal on his recent trip to Russia. 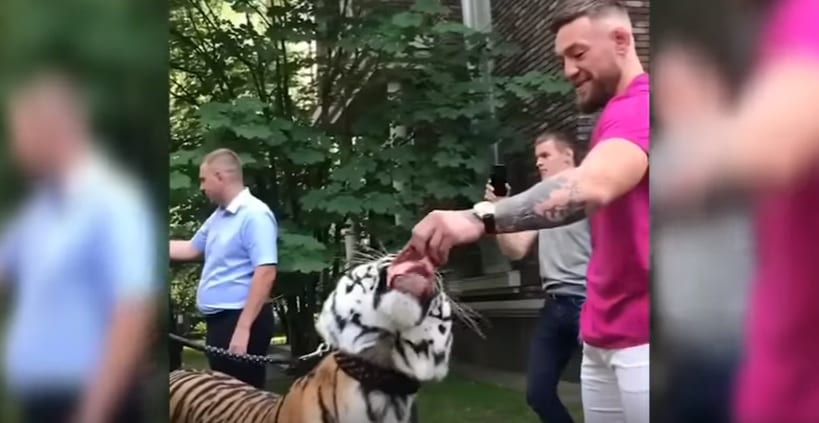 One only has to glance at Conor McGregor’s ink to realise that he has a special reverence for powerful animals.

His chest is adorned with a tattoo of a mighty gorilla, inspired by the Straight Blast Gym logo, while on his stomach lies an image of one of nature’s most athletic predators — a tiger.

While on his recent Russian trip as a VIP guest at the World Cup Final between France and Croatia, McGregor found an opportunity to get up, close and personal with a fully-grown tiger.

You can see the video below.

One of the animal’s handlers asks the two-weight UFC world champion if he has ever wrestled a tiger, to which McGregor jokingly responds: “Can I wrestle him?!”

McGregor, who also fed raw meat to the giant cat, later whipped off his top to display his tiger tattoo.