You can add another title to Conor McGregor’s résumé. 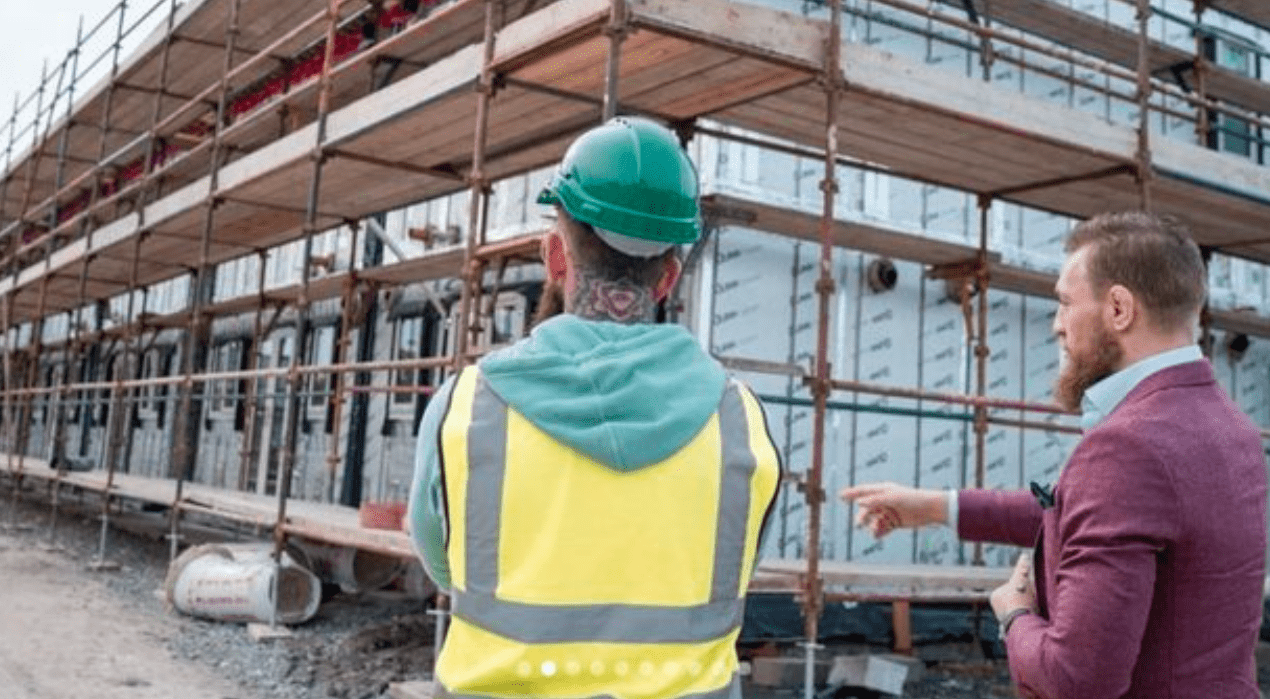 It is sometimes strange to think that this time a decade ago Conor McGregor was a 9-2 mixed martial artist who had yet to contend for a Cage Warriors world title, let alone the pair of UFC belts he would ultimately acquire.

Today, he stands as the Forbes-recognised best-paid athlete on the planet and the man behind the Proper No. Twelve whiskey brand which has surged to the summit of the market in just a few short years. Add to that a newly-opened pub and the fast-rising, word-of-mouth success of the Black Forge Stout and, well, it’s difficult to see where he finds the time for new projects.

But find the time he does, and the latest is among his most ambitious.

It has been recently confirmed that McGregor is close to completion on a deal to purchase a large site in Dublin 12 (yes, of Proper No. Twelve fame) for a total outlay of around €19 million — amid reports that he could shell out as much as €100 million when it is all said and done. The result? A new residential quarter in the Ireland’s capital which can house as many as 300 brand new apartments — something which will be a welcome addition to a city (and indeed country) currently in the midst of a housing crisis.

Housing plus multiple amenities to be built on this amazing mega site, which sits sun facing adjacent the main city centre luas line.
One amenity being a brand name supermarket!
A stones throw from the National Children’s Hospital in Crumlin. As well as St. James hospital also. https://t.co/9S6FAu4NGD

“Housing plus multiple amenities to be built on this amazing mega site, which sits sun facing adjacent the main city centre LUAS line,” McGregor elaborated on Twitter. “One amenity being a brand name supermarket! A stones throw from the National Children’s Hospital in Crumlin. As well as St. James hospital also.”

A deal was completed this week to purchase various sites, including the Marble Arch pub and the completed site will also feature commercial units in what is being hailed as the biggest development to have been financed in Dublin 12 in a decade. Per reports, McGregor is hoping to secure planning permission to build social and affordable housing on one of the sites — something which locals in the area have been requesting for many years.

On the surface, this appears to be McGregor’s latest love letter to the area in which he grew up. His whiskey is, of course, named after the Dublin area and has has already spent a significant sum in redeveloping one of Crumlin’s most well-known landmarks, the Black Forge Inn.

The site, on Davitt Road, also has another significance to McGregor. It was where he says his father Tony gave him an ultimatum early in his fighting career: which was basically, ‘show me you’ve got a future in this or get a real job’. As McGregor later joked, “Da, you’re sacked. get the f*ck off my yacht.”

What a difference a decade makes.