[VIDEO] ‘I believe he has many weaknesses in his game’: Conor McGregor talks Khabib on Conan
Press enter to begin your search
McGregorVideos

[VIDEO] ‘I believe he has many weaknesses in his game’: Conor McGregor talks Khabib on Conan

Conor McGregor says that Khabib is going to face an ‘Irish gorilla’ on Saturday night. 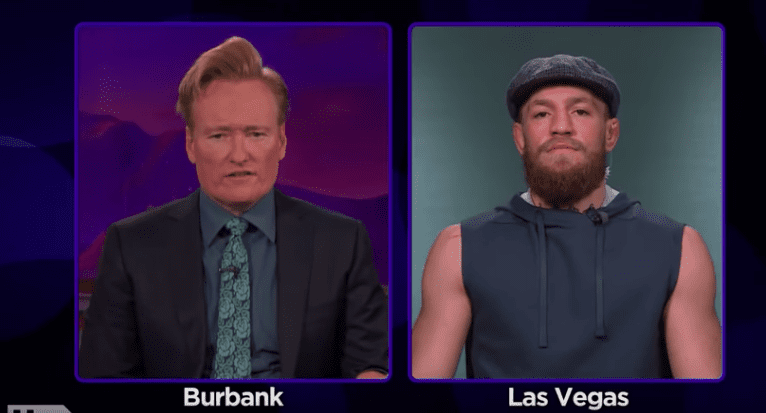 It is slowly becoming tradition for Conor McGregor to make an appearance with Conan O’Brien on his late-night TBS talk show in advance of a fight — and the Irishman did just that just three days removed from him UFC 229 main event opposite Khabib Nurmagomedov on Saturday night.

“I am free to fight as I please, so that is what I will do. I have many, many weapons to dismantle all styles of opponent and this is just another style of opponent. I believe he is slow, he is flat-footed. His striking is very average and I look to expose that on Saturday night.

When asked about the now infamous clip of a young Nurmagomedov grappling with a bear during his childhood in Dagestan, McGregor’s answer was a simple one.

“He may have wrestled Dagestani bears but he has never wrestled an Irish gorilla, Conan. That’s what he’s about to face on Saturday night.”