‘The Foggy Dew’ – An analysis of an Irish war ballad

The Foggy Dew is more than a just a walkout song: those pipes and drums are a call to arms. It is a reveille: Prepare for war. 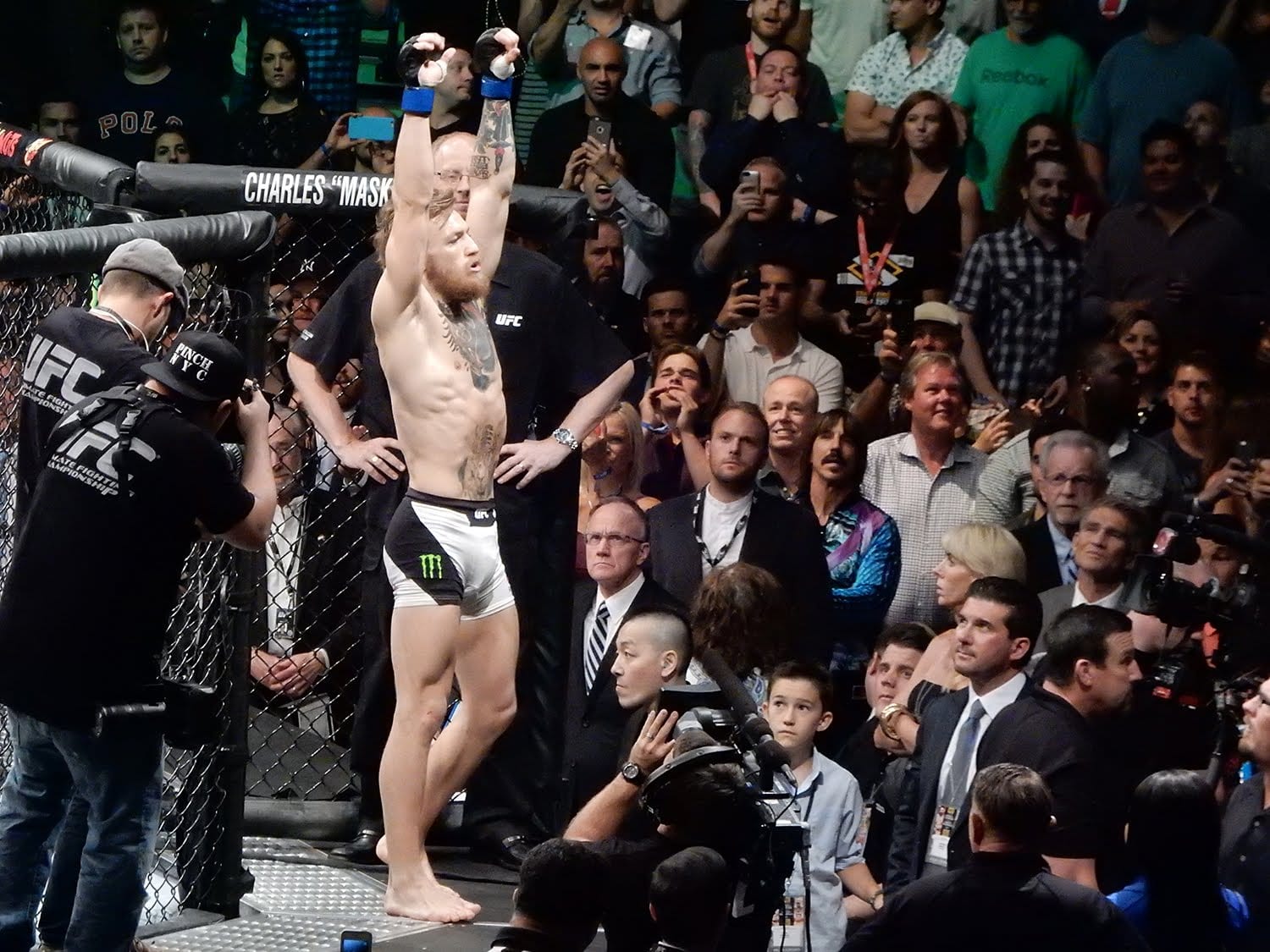 On October 6, 2018, Conor McGregor and Khabib Nurmagomedov will fight for the UFC lightweight title in Las Vegas, Nevada. Once the cage door closes on the main event, the sequence of sounds we hear will follow a predictable pattern. Commentators will scurry through the fighters’ styles and match-ups, some quantifiable stats, and the equally compelling unknowns, the biggest fight in UFC history. Bruce Buffer’s mellifluous baritone will take care of some formalities. Then, 20,000 attendees will join Buffer in perfect unison to roar… Ittssss tiiime!!!

If you wanna touch gloves do it now.

Conor McGregor and his entourage are yet to emerge from their dressing room. While fans in the T-Mobile Arena nervously wait, their chatter begins to swell and hum like the white noise of an old car radio stuck between stations. For the briefest moment, the lights will dim, and an eerie silence will fill the arena. Time seems to slow down. The atmosphere is palpable.

Then, a bass drone and the percussive rumble of an ancient goat-skin drum shakes the ground like an impending earthquake. The white noise crescendos to sound more like a jet engine. A melodic fanfare of penny whistles pierces the air, evoking the fifes and drums of soldiers marching on to a battlefield.

As down the glen one Easter morn to a city fair rode I,

There Armed lines of marching men in squadrons passed me by,

No pipe did hum, no battle drum, did sound its loud tattoo,

But the Angelus Bell o’er the Liffey’s swell, l rang out in the foggy dew

It is often said that Conor McGregor’s mental warfare starts winning a fight well before it begins. A crucial part of this strategy is unleashed during his walk to the octagon. You see, Foggy Dew is not your average walkout song. For McGregor, it is a sonic metaphor for the warrior spirit of the Irish.

Foggy Dew is a traditional Irish ‘rebel’ song—one of many—that has been recorded hundreds of times by many different artists. Notated versions of the song’s melody can be traced as far back as the 1880s, although its age is probably far older, passed down generations through the oral tradition of Irish folklore. However, Sinéad O’Connor’s version with The Chieftains, from their 1995 album The Long Black Veil, is undoubtedly now the most popular and well-known recording.

McGregor first added The Foggy Dew to his mental warfare strategy in July 2014, whilst readying for UFC Fight Night 46 (McGregor Vs. Brandao). The fight took place in Dublin—his home turf. During fight week, he asked a camera crew if they wanted to hear a song he was considering for his walkout. “Sinéad’s an animal, yeah? Don’t f*ck with Sinéad, ever! [Shouts] Don’t talk over Sinéad!”. A year later, McGregor recruited Sinéad O’Connor to perform the walkout song live at UFC 189 (McGregor vs Mendes). Her haunting a capella rendition sent shivers up the arms of millions of viewers around the world.

The lyrics of Foggy Dew recount the harrowing events and aftermath of the Easter Rising in Dublin, Ireland in 1916. At the time, the Republic of Ireland was under British rule. On Easter Monday, 24 April 1916, a small band of Irish nationalists declared their intent to establish an Irish Republic. They took up arms and created improvised fortifications in a number of prominent buildings in Dublin, including the General Post Office. Heavily outnumbered and out-gunned, the Irish nationalists—many whom had little military experience—managed to hold off tens of thousands of British Army soldiers for six days.

Both sides sustained heavy casualties. Some historians consider the rising to be a bloody and brutal failure. Many of the surviving Irish rebels were later arrested and executed by firing squad (including my own great Uncle, Major John MacBride). Yet, undoubtedly, the rising was a catalyst for a course of events that lead to the establishment of the Irish Free State in 1922. The Irish had won their freedom.

All music is political, and politics means power. Our national anthems swell our hearts with pride at Olympic medal ceremonies. Songs remind us our first loves, and somehow sing about those we’ve lost. It’s the soundtrack to a movie, not the dialogue, that wells our eyes and puts a lump in our throat. For Irish like McGregor, Foggy Dew means more than just remembering that fateful week in 1916. Foggy Dew invokes and distils the blood and tears of the Irish, shed across seven centuries of persecution, famine, slavery and war.

Foggy Dew is more than a just a walkout song: those pipes and drums are a call to arms. It is a reveille: Prepare for war.