‘I appreciate the hustle’: McGregor on empty bottles of Proper No. Twelve selling on eBay
Press enter to begin your search
McGregor

‘I appreciate the hustle’: McGregor on empty bottles of Proper No. Twelve selling on eBay

The entrepreneurial spirit is strong among fans of Proper Twelve. 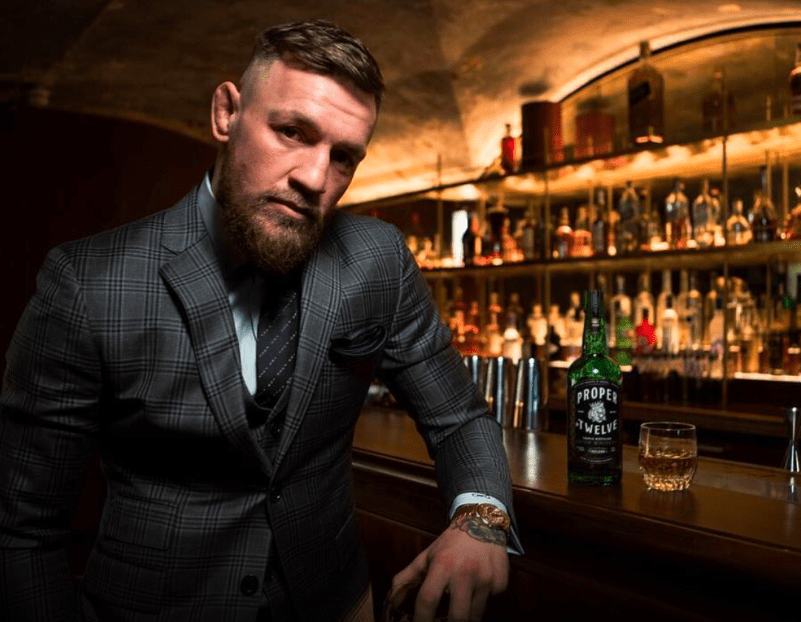 The success enjoyed by the newest player on the Irish whiskey scene, Proper No. Twelve, since its launch a few months ago has surprised even its most ardent promoter.

Conor McGregor, the impetus behind the whiskey’s conception, distillation and production, said earlier this month that the reaction to the whiskey has surprised even him.

“The reaction to Proper No. Twelve has been absolutely amazing,” McGregor said two weeks ago.

“I’m extremely humbled and thrilled that consumers are as excited about Proper Twelve as I am! Hundreds of thousands of people from all over the world have been reaching out asking where they can purchase a bottle. I am lucky to have the best fans in the business, and their support and loyalty has definitely played a role in Proper Twelve’s success. In 10 days we sold six months’ worth of product.”

Proper No. Twelve is still a hot commodity. It will be rolled out in new markets, such as the UK and Australia, in the new year but with some fans still unable to get their hands on a full bottle, some have taken the unusual step of buying EMPTY bottles online — and Conor McGregor says that he “appreciates the hustle.”

Eric Hammer, an eBay seller from New Jersey, claims that he bought a bottle for $31 and subsequently sold the empty online for a $9 profit.

“It’s raining dollar dollar bills, son, cha-ching,” he said in a Twitter video. “Given his popularity it’s hard to find, so therefore people are willing to pay top dollar for it. Top dollar even if it’s empty.”

The video was noticed by McGregor, who replied saying that he admires Hammer’s entrepreneurial instincts.

I appreciate the support and the hustle, however.
That is design bottle 1 of Proper 12.
The bottle that dethroned a king.
A king that had reigned over whiskey since the year 1780.
Proper 12 design bottle 1. Iconic!
It is already out of factory. Rare!
Will buy off new owner. https://t.co/VQCOc2e6ZB

While that listing has now been removed, eBay shows at least two more empty bottles of Proper No. Twelve available for purchase.