The Rock posted images of the contents of his gym bag — and tequila is one of them. 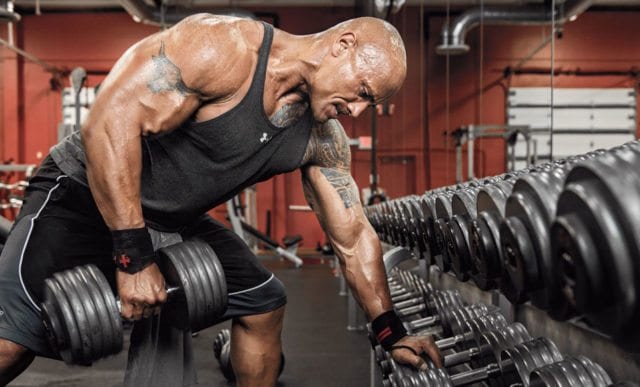 Feeling a little unmotivated today? Bear in mind that The Rock started his week with a 4am workout.

Now, getting up at this ungodly hour to get a workout in isn’t an option to most of us who have to fit in a regular job and family life into their schedules but The Rock isn’t like most of us — and this is why he is one of the biggest action movie stars on the planet. We have previously discussed on these pages what the ideal contents of your gym bag should be, taking in practical things like towels, headphones, changes of clothes etc., but if you are a Hollywood star like The Rock, what ends up in there?

He revealed all on Instagram. “Welcome to the iron paradise! The sun is just coming up. Let’s start the week off right and we’re gonna get after it,” he says on the social media platform, describing his walk into the gym (via prevention.com).

These include a protein a shake, a pair of headphones, a beanie hat — and a post-workout snack which appears to be six hotdogs without bread. However, he explains further that these are actually ‘lion dogs’ made from the intestines and blood of lions, something which he describes as ideal nutrition for after his workout.

After showing some gifts that his family placed into his bag, he goes on to show off a bottle of his Añejo tequila which is soon to hit the market. After taking a quick shot, he says: “A little morning nip, that’s another secret for a great workout, The Rock’s tequila.”

(Note: We absolutely DON’T encourage drinking in the gym!)