Video: Paige VanZant gets into shoving match ahead of Bareknuckle FC debut
Press enter to begin your search
Boxing

Video: Paige VanZant gets into shoving match ahead of Bareknuckle FC debut 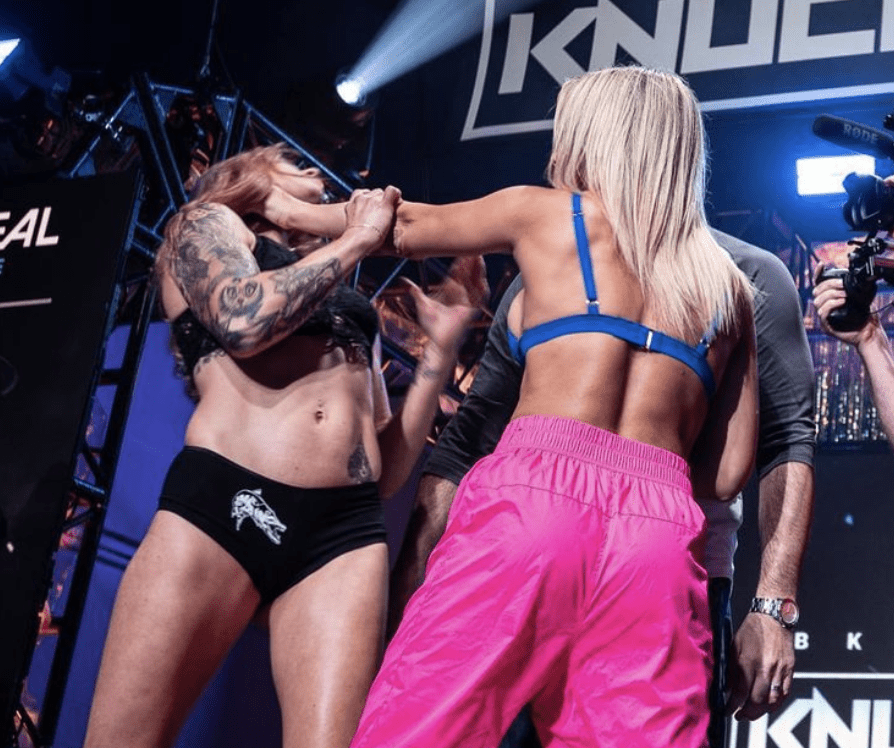 Tomorrow night, Paige VanZant makes her bare-knuckle boxing debut, and she’ll be doing so with some spice attached to her main event.

VanZant faces off with Britain Hart at BareKnuckle FC’s Knucklemania and at the weigh-ins today, Hart took her opportunity to let VanZant know her feelings about where the promotion is being directed.

“You got it twisted. This ain’t fucking MMA, you can’t choke,” Hart said after getting into VanZant’s face. “Get the fucking rules right before you come into the fucking game. How about that? Get the rules right. I will touch you first tomorrow.”