Tyson Fury to team with Robbie Williams for Christmas Song

Tyson Fury, a man of many talents. 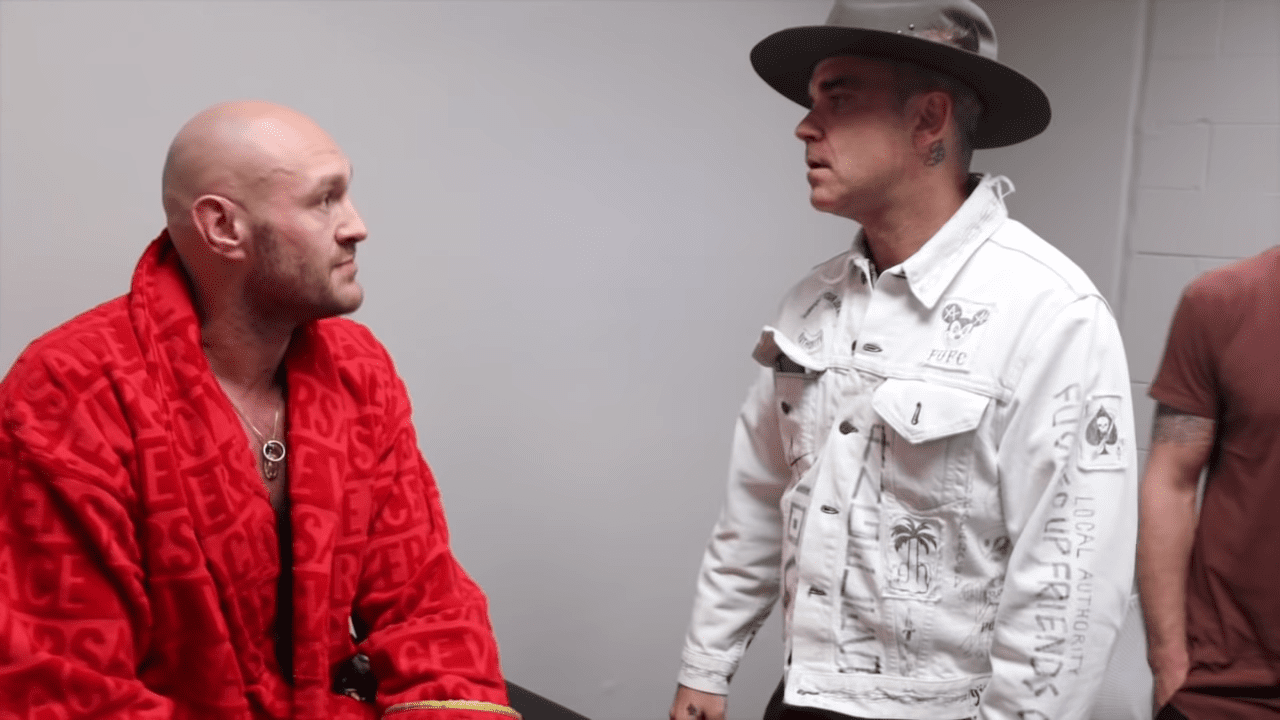 Tyson Fury loves a sing-song, and now his vocal abilities are set to be put to vinyl.

Boxing star Fury, who features on the WWE’s Crown Jewel event on October 31, is teaming up with British pop icon Robbie Williams for a Christmas themed ditty. Per Fury’s management company MTK, the song, titled ‘Bad Sharon’, will be about ‘a very boozy office party somewhere in the Midlands’.

It’ll be released on Williams’ album ‘The Christmas Present’ on November 22.

“I’ve got a residency in Vegas and while I was out there Tyson was fighting and he invited me to his dressing room before the fight,” Williams said. “I said I’d seen him sing after fights, and asked him and he said yes. It made sense for Tyson, in that moment, in my head. And to be fair, he smashed it.”

Fury is believed to be in line for a rematch with boxing heavyweight champion Deontay Wilder in early 2020, but is taking time off from competing to allow a nasty cut on his eye to heal before stepping back through the ropes. He’s apparently using his time outside of the ring to boost his profile in America, making his rematch with Wilder one of the most anticipated boxing bouts in recent times.