Tyson Fury says he will not be making the trip to Wembley this weekend to watch Anthony Joshua vs. Kubrat Pulev. 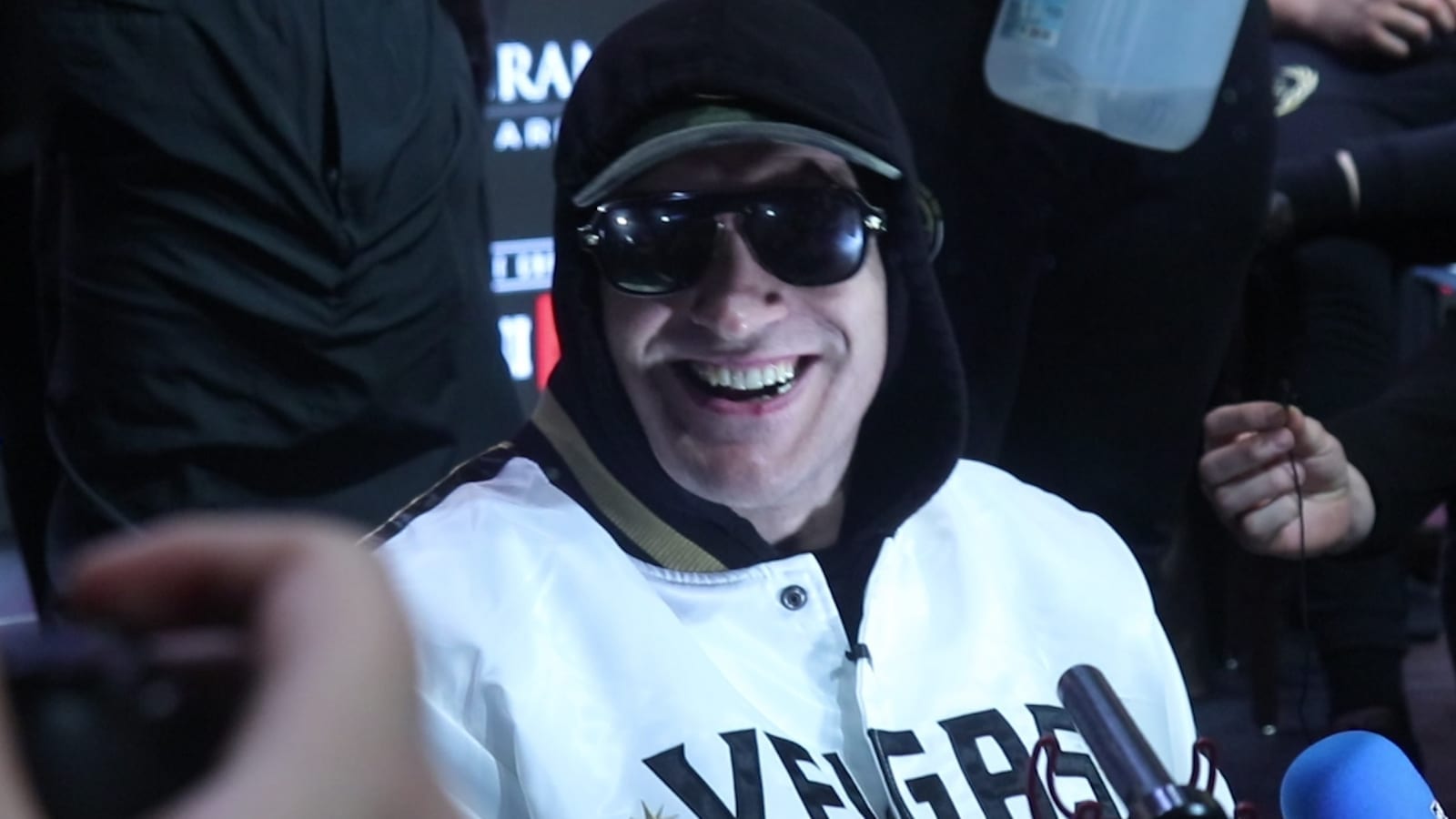 Tyson Fury has denied suggestions he could be in attendance this weekend at Anthony Joshua’s clash with Kubrat Pulev.

While no official had been offered, there had been reports Fury had been offered a role as an on-site analyst, which would have doubled as an opportunity to promote a bout with Joshua should the Englishman defend his world championships against Kubrat Pulev.

Fury took to his social media to squash the idea, and said he would be remaining at home training.

“Hey this is Tyson Fury, the Gypsy King,” Fury said. “Just a quick one guys, I will not be attending any boxing this weekend. So for all the rumours going around that I’m going to be attending some boxing, I will not be. Don’t expect fireworks, don’t expect any action from the Gyspy King, ‘cos I’ll be grafting. I’ll be working as usual. Always staying fit and ready.

Quick update, I will not be attending any boxing this weekend. 👍 pic.twitter.com/9njUsMHvPe

It’ll be a disappointment to Matchroom promoter Eddie Hearn, who just earlier today said he imagined Fury would be interested in attending, if only as a researching opportunity to scout out a future opponent in Joshua.

“I think he probably wants to see it,” Hearn said. “If I’m a fighter and I’m fighting someone I want to see them up close. Don’t forget Anthony Joshua came to watch Oleksandr Usyk, not just because he was friends with [Dereck] Chisora, but the fact he might be fighting Usyk at some stage.

“So I think Fury probably wants to see it in the flesh, he’s more than welcome to attend. He’ll probably have his fingers crossed like we all will, and if [Joshua] can get the business done, then maybe those two can get in the ring after and have a little chat and confirm we’re all good to go.”