Tyson Fury was dangerously close to being handed his first loss over the weekend, but his cut-man saved the day. 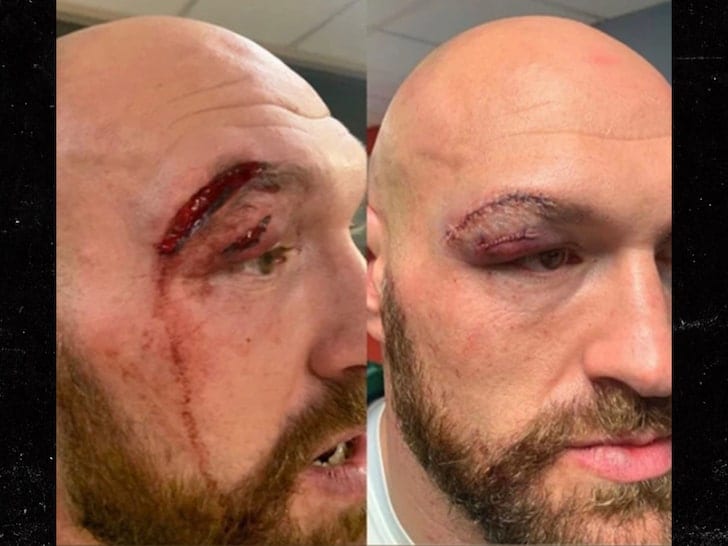 When Tyson Fury suffered a huge gash above his right eye in his fight with Otto Wallin over the weekend, there was a definite sense the contest could be waved off at any moment.

Should the ringside doctors have called an end to proceedings, Wallin would have walked away with the TKO victory, putting a loss on Fury’s record and probably putting an end to any megabucks rematch between Fury and Deontay Wilder.

Luckily for Fury, due to the work of his cut-man Jorge Capetillo, that moment never came and he left the ring the winner on points. All it took was a bit of know how, and a tonne of vaseline.

“I knew they could stop the fight, I knew I had to keep it clean,” Capetillo said, speaking to TMZ Sports. “If it stays clean then I knew they would let it go round by round. Fury was winning round by round so I kept it clean and the doctor and the ref looked at it and it was OK, but it was the worst cut I have seen.

“I wanted to make sure when he got punched the Vaseline went in. It was a big tub of Vaseline! It was so deep man, I tried to hide it a little bit so the doctors didn’t see it.”

Apparently, Fury was well aware how important Capetillo’s work was to his career, and made sure his cornerman was well looked after following fight night.

“In the locker room he came to be and hugged me and said he loved me,” Capetillo said. “He said thank you for your effort to stop the bleeding so I could keep fighting – he showed me a lot of love. He gave me a bonus that’s for sure. I saw him on Sunday morning at his house. I went to see how he was doing.

“He was so grateful, he’s a great human being and he took care of me with a little bonus.”