Tyson Fury coach: “Now you have to train two different ways – somebody coming at you and somebody boxing you” - MMA - TheMacLife
Press enter to begin your search
Boxing

Tyson Fury coach: “Now you have to train two different ways – somebody coming at you and somebody boxing you”

Tyson Fury’s coach SugarHill believes opponents have a puzzle ahead of them considering Fury’s ability to change tactics in the ring. 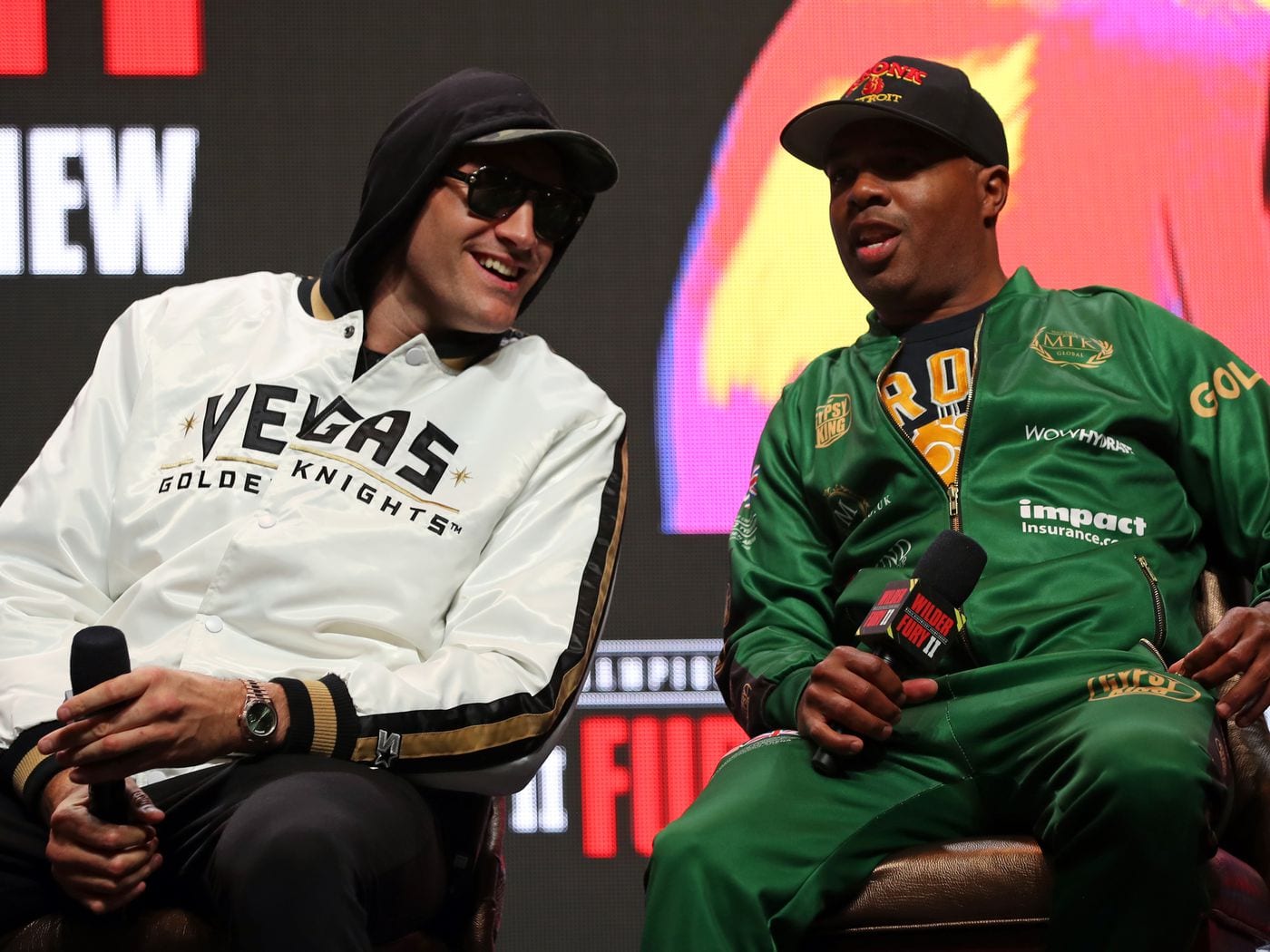 Tyson Fury’s coach Sugarhill Steward believes Anthony Joshua has his work cut out for him ahead of their blockbuster brace of fights over 2021.

That’s even with showing considerable respect to Fury’s rival.

“He showed a lot of good things in that fight [Pulev], I was very impressed,” Steward said, speaking to the mybettingsites blog. His patience, he was relentless, he was pushing the issue. It was impressive. Anthony Joshua is a dangerous fight period. From what I saw in that fight he really put his stuff together. I thought he took the risks. He didn’t fight nothing like he fought against Ruiz the second time. That’s the one he didn’t take the risks in.

“He fought with a different style and now I believe he’s comfortable with it. He did take risks in that Pulev fight, he didn’t shy away and just wait – he was right there. He was aggressive and I thought it was a great fight and great performance by Anthony Joshua. Anthony Joshua is one of the top fighters in the division, one of the top fighters in the world, with his skills and experience. He’s one of those guys who keeps practising. It’s going to be a difficult fight. He’s got a ton of experience, he’s got the height, good balance, good power, timing, there’s so much that Anthony Joshua has; that’s a very dangerous package.”

Despite that, however, Sugarhill believes Fury’s shown ability to mix up styles in the ring — for instance the massive variation in tactics in both of his Deontay Wilder fights — that Joshua will be playing a guessing game the moment the contest starts.

“Tyson’s unpredictable in the ring, he does not know what he’s going to do next,” said Steward. “Maybe he will just come out and just box. Who knows what the game plan will be. Everybody has to think about so many different things with Tyson. Is he going to come out at you or not? Now you have to train two different ways; somebody coming at you and somebody boxing you. It starts to get a little difficult then preparing for something like that. You have to prepare for so many different styles with Tyson Fury, that makes things a lot more difficult.