McGregor will speak to the media on Thursday in the Russian capital. 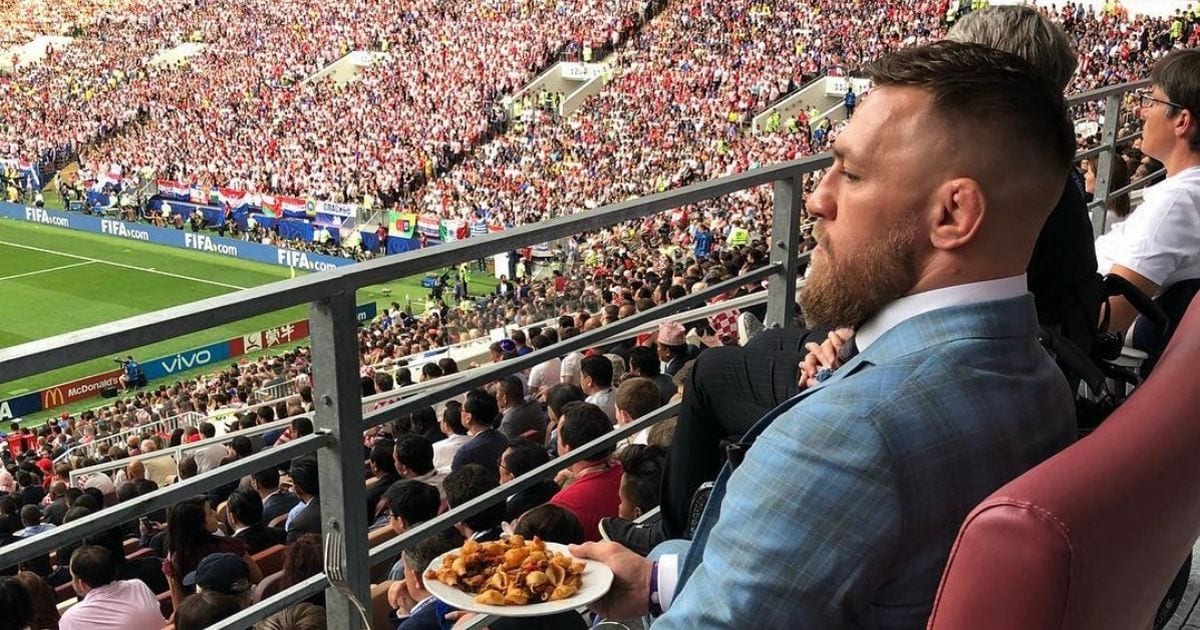 Conor McGregor is scheduled to appear at a press conference in the Russian capital on Thursday October 24.

The news, which was revealed by Russian outlet Tass, comes in conjunction with Parimatch, a sports betting company of which McGregor is an ambassador.

“McGregor will meet with reporters on October 24. This is the first such event involving McGregor in Russia,” the release stated, also going on to say that the Dubliner will provide an update as to his plans in Russia, his training regime and his current physical condition.

“Perhaps he will make statements about his imminent return to the octagon,” it continues.

McGregor last visited Russia a little more than a year ago when he was invited to attend the World Cup Final between France and Croatia in Moscow. Afterwards, McGregor was photographed with Russian president Vladimir Putin.

McGregor’s visit to Russia coincides with his recent announcement that his brand of Irish whiskey, Proper No. Twelve, is soon to be released to the Russian market.

Of course, McGregor has a further link to the country given his prolonged rivalry with fellow UFC lightweight Khabib Nurmagomedov — a man whom the Irishman has made clear he would like to rematch following their first meeting at UFC 229 last year.