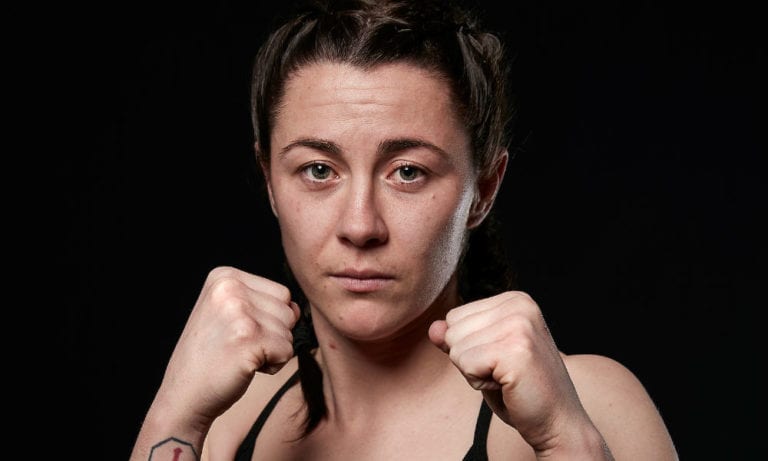 With one swing of her elbow, Molly McCann says that her life will never be the same again.

The Merseysider scored a surefire contender for 2022’s best knockout when she starched Brazil’s Luana Carolina at last Saturday’s UFC London fight card inside The O2 Arena in the English capital, and with it — according to Dana White at least — she became a “superstar”, as well as $50,000 richer after each of the fighters who earned a finish on the card were handed a performance bonus.

McCann’s, though, was perhaps the most deserved of the lot.

And speaking to Ariel Helwani on Monday’s MMA Hour, via MMA Fighting, McCann said that this moment was among the most memorable of her entire life.

“My mom and my dad’s wedding, that’s up there, and that moment for me,” McCann said. “I was saying to the media team and everyone, ‘I may never get that again.’ I might never get a knockout like that again, I don’t think. Women or men don’t really get them.

“I don’t even, I can’t even now, I’m floating, I’m so at peace because this is the moment I’ve been waiting for. I’ve had battles with my own mind and I’ve battled against them and everyone could just see how calm I was last week and it was just time. It was just my time.”

The stunning finish capped what was already a memorable performance from McCann, as she pushed her Brazilian opponent backwards from the bell and had her in trouble on several occasions with a flurry of shots against the cage — but when the fight-ending blow came, McCann says that she was unable to restrain herself as she leaped out of the ring and embraced Dana White.

“Did you see my face?,” McCann explained. “I went ‘whooooooaaaaah.’ It’s something that when you chase a submission or you chase a finish, they don’t come. When you’re loose and you’re sharp, they come. And when I’m not tense. I’ve only knocked one person down I think in the UFC and that was Ariane Lipski, but when I done that it was like a sharp backhand and I didn’t load up. That elbow, I just looked to the side and I just gave a glance up and I thought, ‘Is it on? Is it on,’ just keep going, look, go, boom. There was no pause or tense it was just go.

“I didn’t put power into it, it was just 100 percent commit to it and I’m never, ever gonna stop thinking about that moment where the referee had to push me out of the way. I wasn’t gonna go back in because I could see she was out but you pray for them moments. Like, a Mark Hunt step-over. You pray for them and what really blew me away was when [UFC President Dana White] said, ‘I don’t think you’ll ever see a better knockout from a female ever again.’

“That doesn’t happen. Those kinds of finishes don’t happen. But I think I just that much out of her gas tank with the body shots, the non-stop pressure, the pressure of the occasion, I think she will be mentally trained before getting in there because listen, every single person was screaming for me when I got in there. It must have been really intimidating.”

It wasn’t a moment too soon for McCann, one of the veterans of the UK MMA scene for years, and she says that that single moment represented a lifetime of hard graft.

“It’s about damn time,” McCann said. “I’ve been committed to the game. I feel as if MMA, that fight, that night gave me back everything that I’ve put into it and in one second it possibly changed my life forever.”